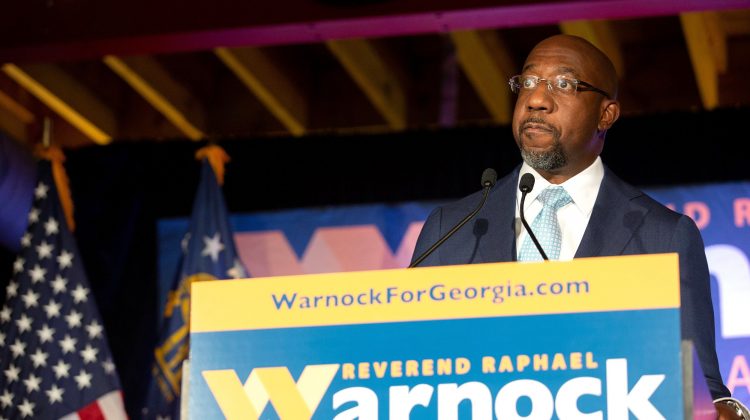 If you haven’t seen it yet, Gary Dorrien has published a fascinating piece at Commonweal. on re-elected Georgia Senator Raphael Warnock It provides several first-hand of accounts of his years at Union Theological Seminary (where Dorrien teaches) and his relationship with Black liberation theologian James Cone. Here is a taste:

The deeper theological problem, he argued, is the privatizing hermeneutic that stripped the cross, salvation, the Church, and even the kingdom of God of political meaning. Pre-Constantinian Christians construed the cross as an instrument of imperial evil and as God’s judgment against the Roman Empire. Rome viewed the cross, Warnock observed, from the top down. Christianity viewed it from below, as the means by which God overthrows domination, violence, and death. When the Church joined the empire, it lost the radical political meaning of the cross, which gave rise to a spiritualizing hermeneutic in which the cross became an instrument of Christian oppression, not the solidarity of Jesus with the suffering. Black Christianity can move forward only by integrating its four liberationist moments and reclaiming the unabashedly political character of the Gospel.

I read Dorrien’s piece in the wake of semester long book study with some students on theologian N.T. Wright’s The Day the Revolution Began: Reconsidering the Meaning of Jesus’s Crucifixion. Wright writes:

The gospel was–and is–the powerful announcement that the world has a new lord and the summons to give him believing allegiance. The reason the gospel carries this power is that it’s true: on the cross Jesus really did defeat the powers that had held people captive. For the early Christians, the revolution had happened on the first Good Friday. The ‘”rulers and authorities” really had been dealt their death blow. This didn’t mean, “So we can escape this world and go to heaven,'” but “Jesus is now Lord of this world, and we must live under his lordship and announce his kingdom.” The revolution had begun. It had to continue. Jesus’s followers were not simply its beneficiaries. They were to be its agents.

What might this mean for the church today to live by the same belief? It would mean recognizing, for a start, that the “powers,” though defeated on the cross, are still capable of enslaving millions. When we in the Western world think of forces that enslave millions we tend to think of the ideologies of the twentieth century, not the least Communism, which until 1989 had half the world in its grip and still controls the lives of millions. Many in southern Africa think back to the terrible days of apartheid and remember with a shudder how racial segregation and the denial of basic freedoms to much of the nonwhite population were given an apparent Christian justification. Similar reflections continue to be appropriate in parts of the United States, where the victories won by the civil rights movement in the 1960s still sometimes appear more precarious than people had thought.

It is worth pointing out that in each case the Christian church had a key role to play in the downfall of these different systems. The Polish protests in the early 1980s, led by devout Catholics, slowly but surely began the process of shaking the Eastern European house of cards. The old apartheid system was broken not simply through protests and boycotts from secular moralists in the rest of the world, but through the tireless and costly work and prayer of Desmond Tutu and many other Christian, some working in public view and many under the radar….Similar things might be said about the work of Martin Luther King Jr. and many others in America, speaking with a powerful Christian voice that refused to be drowned out by the Ku Klux Klan, on the one hand, or the militant Black Power activists, on the other.