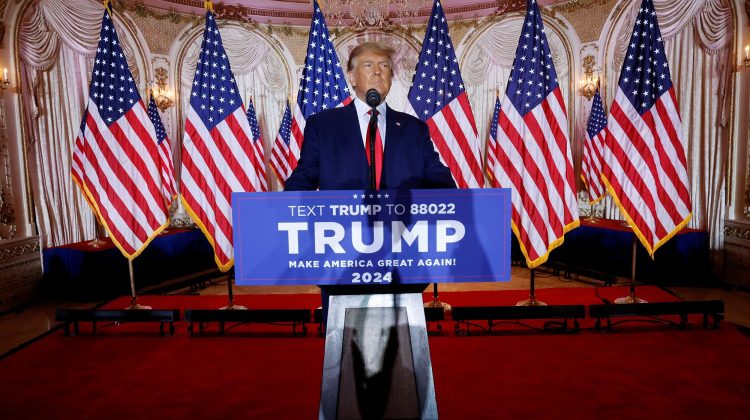 Trump came out to a full room at Mar-A-Lago. A lot of nicely dressed people in the audience as well as the kind of people who might show up for a Trump rally:

As you will see below, this did not last long:

Trump announces at a real low point for Trumpism:

Some of this speech reminded me of his inauguration address, the so-called “carnage” speech:

There were two references in the speech to “blood” in the streets:

Was this the kiss of death for Walker?:

The Trump of The Apprentice reappears:

And the announcement comes. The crowd goes wild. No references to Mexican rapists this time:

The idea that Trump loves police is laughable after January 6th:

Perhaps this is true in Trump’s alternative universe:

And the riffing begins:

Steve makes a great point. We will be watching:

CNN got out early:

A lot, of course, on immigration:

Back to “law and order”:

From what I understand Fox kept coming in and out:

I managed to squeeze in a plug for the podcast:

Jared and Ivanka were not there. Here’s more on this angle.