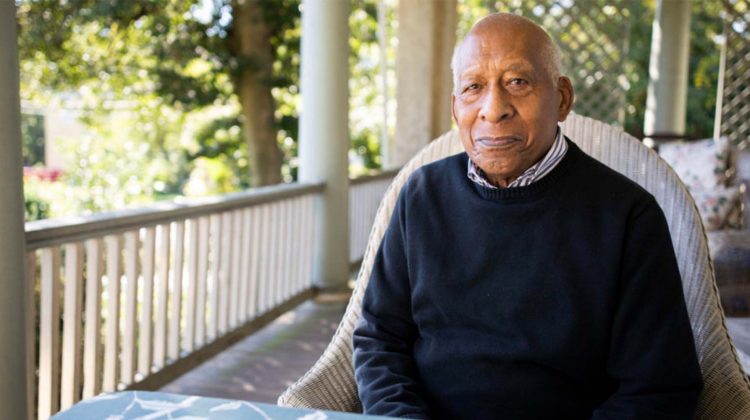 His name was Daniel R. Smith.

Growing up in the 1930s, Daniel R. Smith would listen to stories from his father, as young boys often do. He was not supposed to hear these stories — they were meant for his older siblings, not for a child as young as 5 or 6 — but after dinner on Saturday evenings he would sneak out of bed and listen to accounts of the “whipping and crying post,” of the lynching tree and the wagon wheel.

These were brutally vivid stories of bondage, for his father had been born into slavery in Virginia during the Civil War and had toiled as a child laborer before making his way north to Connecticut, where the Smiths were among the only African Americans in their town.

“I remember hearing about two slaves who were chained together at the wrist and tried to run away,” Mr. Smith recalled decades later. “They were found by some vicious dogs hiding under a tree, and hanged from it. I also remember a story about an enslaved man who was accused of lying to his owner. He was made to step out into the snow with his family and put his tongue on an icy wagon wheel until it stuck. When he tried to remove it, half his tongue came off.

“My father cried as he told us these things.”

Mr. Smith, who was 90 when he died Oct. 19at a hospital in Washington, was one of the last remaining children of enslaved Black Americans, and a rare direct link to slavery in the United States. Born when his father was 70, he was part of a generation that dwindled and then all but disappeared, taking with them stories of bondage that were told firsthand by mothers and fathers who, after enduring brutal conditions on Southern plantations, sought to build a new, better life for their families.

Historians say it is impossible to know how many children of enslaved people are left. But while researching her book “Sugar of the Crop: My Journey to Find the Children of Slaves” (2009), author Sana Butler was able to track down about 40 who were still alive. All have since died. Mr. Smith was not featured in the book, although he later met Butler, who helped edit his forthcoming memoir, “Son of a Slave: A Black Man’s Journey in White America.”