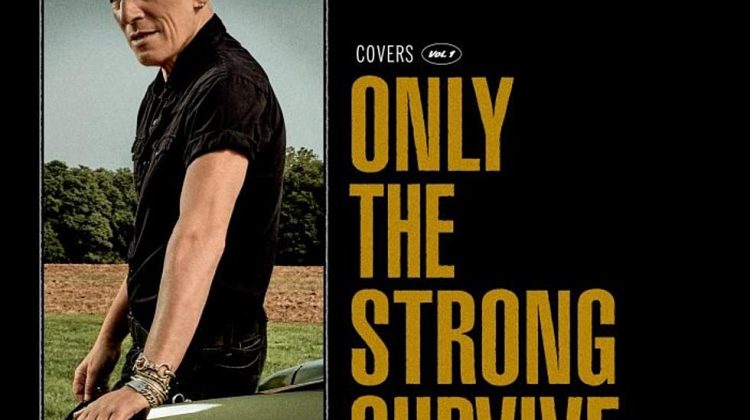 It’s called “Only the Strong Survive.” Here is Rolling Stone:

BRUCE SPRINGSTEEN IS releasing a collection of soul covers entitled Only The Strong Survive on November 11. Check out the video right here for “Do I Love You (Indeed I Do),” which was originally recorded by Frank Wilson.

The album centers around soul classics, both obscure and well-known, released from the Sixties through the Eighties. It gets its title from Jerry Butler’s 1969 tune “Only The Strong Survive.” The disc also includes “Soul Days” by Dobie Gray, “Nightshift” by the Commodores, “I Wish It Would Rain” by the Temptations, and “Somebody We’ll Be Together” by Diana Ross and the Supremes.

“I wanted to make an album where I just sang,” Springsteen said in a statement. “And what better music to work with than the great American songbook of the Sixties and Seventies? I’ve taken my inspiration from Levi Stubbs, David Ruffin, Jimmy Ruffin, the Iceman Jerry Butler, Diana Ross, Dobie Gray, and Scott Walker, among many others. I’ve tried to do justice to them all—and to the fabulous writers of this glorious music. My goal is for the modern audience to experience its beauty and joy, just as I have since I first heard it. I hope you love listening to it as much as I loved making it.”