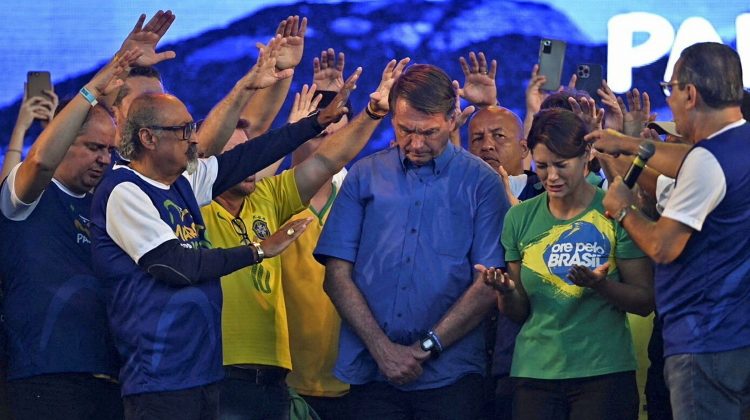 Evangelical Christianity is playing a significant role in Brazil’s upcoming presidential election. If you want to get up to speed on this story I recommend Christianity Today’s recent feature.

Over at The Conversation, political scientist Amy Eric Smith distinguishes between American evangelicals and Brazilian evangelicals. Here is a taste:

In Latin America, traditionally a Catholic stronghold, the Spanish and Portuguese term “evangelico” is applied to nearly all non-Catholic Christians, including Protestant denominations that are usually classified as “mainline” or even “progressive” in the U.S. Estimates indicate that around a third of Brazilians identify as evangelical today, up from just a few percentage points in 1970. In the same period, the percentage of Catholics has fallen from over 90% to right about half.

By contrast, in the U.S. the term “evangelical” is reserved for theologically conservative Protestant groups, as well as Christians who have had a “born-again” experience of religious awakening. Americans also increasingly apply the term “evangelical” in a political sense, to refer to predominantly white political conservatives who are affiliated with Protestant churches.

As a result, the group of people termed “evangelicals” is much more diverse in Latin America than in the United States – and it’s politically quite diverse, too. All this said, many evangelicals in Brazil do have some tendency to adopt theologically conservative beliefs, such as interpreting the Bible literally.