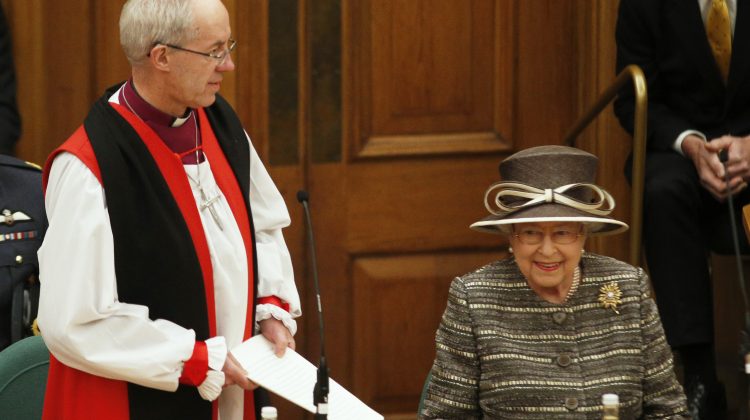 Penn’s Anthea Butler reflects on Elizabeth’s legacy. Here is a taste of her piece at MSNBC: “As a religious leader, Queen Elizabeth II was consistent but willing to adapt.”

In his first remarks after the death of his mother, Queen Elizabeth II, new monarch King Charles III acknowledged Friday the “sovereign’s particular relationship and responsibility towards the Church of England, the church in which my own faith is so deeply rooted.” His words are a reminder that the United Kingdom isn’t just grieving the loss of a monarch, but the loss of a religious leader, too.

The queen will be remembered for her consistent Christian faith, for being a moral and religious leader, for her steadfast church attendance and for her quiet mourning as head of church and state at the death of her husband, Prince Philip. While not often spoken of as a religious leader, it is history that brought her to that moment at the death of her father, King George VI.

The title of Defender of the Faith antedates the Church of England and was bestowed upon Henry VIII in 1521 by Pope Leo X. Because Henry did not have a male heir, and wished to divorce his first wife, which the Catholic Church would not allow, in 1534 he broke away from the Catholic Church and declared the Act of Supremacy. With that act, he declared himself and his successors to be the Supreme Head of the Church, replacing the pope. By 1536, he had “stripped the altars” of the Catholic Church in England and severed the final ties with it.

It is this history and religious role that Queen Elizabeth stepped into. While many did not see her as a religious leader, she took an oath at coronation that outlined her role within the Church of England. That role included not only supporting the doctrines of the church, but also appointing archbishops, bishops, and deans on the advice of the prime minister. Elizabeth appointed seven Archbishops of Canterbury during her reign and numerous other clergy members. Notable moments included the 1985 appointment of Bishop Wilfred Wood, the first Black bishop of the Church of England, and the 2015 appointment of Bishop Libby Lane, the first woman bishop. While these were important firsts, it showed how much, as a religious leader, the queen hewed to male-defined traditions about doctrine in the Church of England.