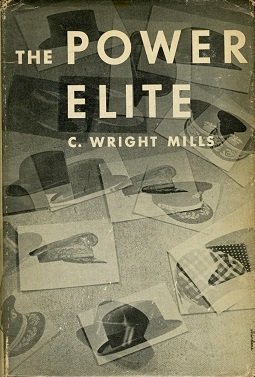 Over Labor Day weekend I reread Michael Kazin‘s 1998 book The Populist Persuasion: An American History and was once again reminded that throughout the course of our nation’s history populism has appeared on both the right and the left. (For more, check out my interview with Kazin in Episode 41 of The Way of Improvement Podcast and my interview with historian Eric Miller in Episode 65). I was reminded of this fact yet again after reading Jason Willick’s recent Washington Post column on American sociologist C. Wright Mills and his 1956 book “The Power Elite.”

Willick’s piece is titled “How a 1950s new left manifesto explains the 2020s new right. Here is a taste:

To understand how the populist right sees the world, it helps to go back to the last time the left was “banging on the windows of the institutions.” The period after World War II was a time of strong political consensus in America, which a “new left” rose up to challenge. There are clear parallels between today’s populist right and the new left movement that exploded in the 1960s and 1970s.

C. Wright Mills, a sociologist at Columbia University, was that movement’s intellectual godfather. Consider a passage from his 1956 bestseller, “The Power Elite,” a polemical attack on the structure of America’s institutions that would inspire a generation of new left activists:

“[The power elite] are in command of the major hierarchies and organizations of modern society. They rule the big corporations. They run the machinery of the state and claim its prerogatives. They direct the military establishment. They occupy the strategic command posts of the social structure, in which are now centered the effective means of the power and the wealth and the celebrity which they enjoy.”

Today, that passage could easily appear in a populist-right publication such as the Claremont Institute’s the American Mind, which denounces the liberal “regime.” If uttered on Fox News or Newsmax, it might becondemned as an example of conspiracism or misinformation that sows discord and undermines confidence in institutions.

Mills, who died in 1962, didn’t use the term “deep state,” but an unaccountable bureaucracy was a major concern of the new left philosopher. “It is in the executive chambers, and in the agencies and authorities and commissions and departments that stretch out beneath them” where much policy is made, he argued, “rather than in the open arena of politics.”

Those making decisions were not chosen by ordinary voters: “Once, most of the men who reached the political top got there because people elected them up the hierarchy of offices,” Mills observed. “But of late, in a more administrative age, men become big politically because small groups of men, themselves elected, appoint them.”