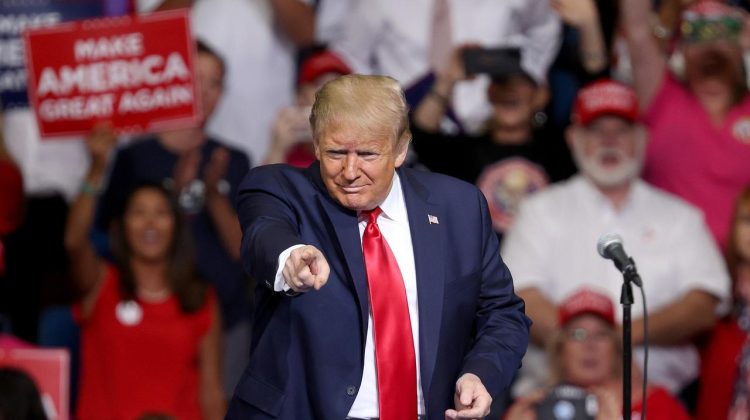 Over at The Washington Post a scholar of fascism suggests that the phrase “semi-fascism” makes sense, historically, when applied to Trump. Here is a taste of Federico Finchelstein’s piece:

President Biden has taken a firm stance on the modern-day threat of fascism: “It’s not just Trump, it’s the entire philosophy that underpins the — I’m going to say something — it’s like semi-fascism.” Biden made this key remark in a speech in Rockville, Md., while launching a push toward the midterm elections. While he stressed the violent nature of Trumpism and its threat to democracy, he was vague about the specifics of what he identified as half-baked American fascism. In fact, when he was later asked to clarify what he meant by fascism, he answered, “You know what I mean.”

Biden is not wrong, but historical definitions of fascism do actually matter. Over the past century, fascism has evolved, as leaders have reformulated its look. While explicit fascism faded from power after World War II, its illiberal ideas survived, often intertwined with various strands of populism. This historical perspective helps us understand how Biden’s term, “semi-fascism,” actually reflects the most recent iteration of a global fascist playbook that has sought to undermine democracy in the United States, Brazil, India and Hungary today.

What is fascism? In historical terms, it was an ultranationalist, anti-liberal and anti-Marxist politics. Its primary aim was to destroy democracy from within to create a modern dictatorship from above. The state silenced the basic tenets of civil society, while eliminating the distinctions between the public and the private — or between the state and its citizens. Fascist regimes shut down the independent press and destroyed the rule of law.

Fascists defended a divine, messianic and charismatic form of leadership supported by big lies and propaganda. They had an extreme, xenophobic conception of what they deemed the enemy, regarding it as an existential threat to the nation and to its people that had to be first persecuted and then deported or eliminated. Fascism aimed to create a new and epochal world order through the militarization of politics.

Trumpism looks a lot like Italian socialist Ignazio Silone’s description of fascism in his 1938 book The School for Dictators. I wrote about this book a few weeks ago.