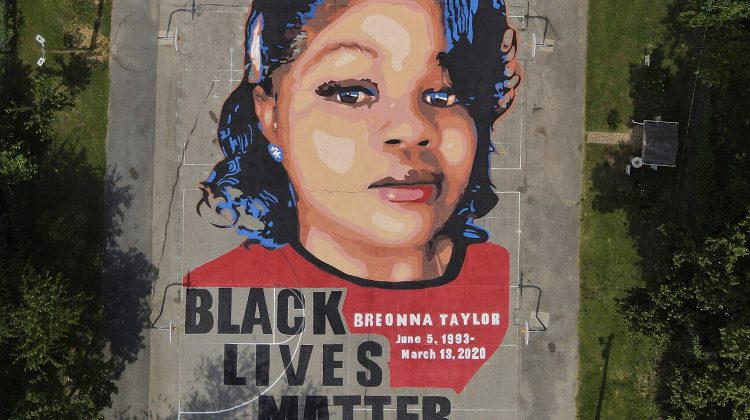 After nearly two and a half years, a person connected with the Louisville Metro Police Department has finally taken some responsibility for the death of my girlfriend, Breonna Taylor.

Since March 13, 2020, I have had to hear lie after lie about what happened that horrible night. Now the police have begun to tell the truth — that the cops knew that they did not have probable cause to search Bre’s apartment, that they lied to get the search warrant that resulted in officers unlawfully breaking down our door in the middle of the night, that they conspired to cover their tracks after gunning Bre down, and that they kept lying for years.

Moments after I held Bre as she died, the police arrested and charged me with attempted murder. Knowing all the problems that this failed raid would create, the Louisville police tried to use me as a scapegoat to deflect blame. It almost worked.

Justice has been a long time coming. For two months in 2020, I sat in custody thinking and believing I might die in prison — and for what? But, during that time, the police in Minneapolis choked the life out of George Floyd as he repeatedly told them, “I can’t breathe.” Floyd’s murder led the world to look into the death of Breonna, the woman I loved. After Bre’s case started to receive attention, the case against me started to receive attention. Soon after, a judge dismissed it.

Following my release from jail, I sat by shell-shocked and waited for the Commonwealth of Kentucky to investigate the officers who caused the death of Bre and who wrongfully arrested, charged and blamed me for their mistakes. But instead of holding the officers responsible, Kentucky Attorney General Daniel Cameron told the world in September 2020 that it was my fault Bre died.

It was not my fault that the police refused to respond to Bre’s calls of “Who is it?” and returned more than 20 shots after I fired one shot to protect us in her apartment — a shot fired after the cops, holding a fraudulently obtained warrant, refused to identify themselves and knocked down our door in the middle of the night. Louisville police and local government officials made this about my (lawful) use of a firearm instead of their illegal conduct that led them to our doorstep.

This week, we got some accountability. Former police detective Kelly Goodlett pleaded guilty to criminal conspiracy and admitted that the only information in the affidavit that might have justified a warrant was false. She admitted to knowing the warrant would be executed in the middle of the night and that it might risk injury or death to people in the home. She admitted that the warrant did not reflect up-to-date information. She also admitted that she and other members of the police department tried to cover up their lies.