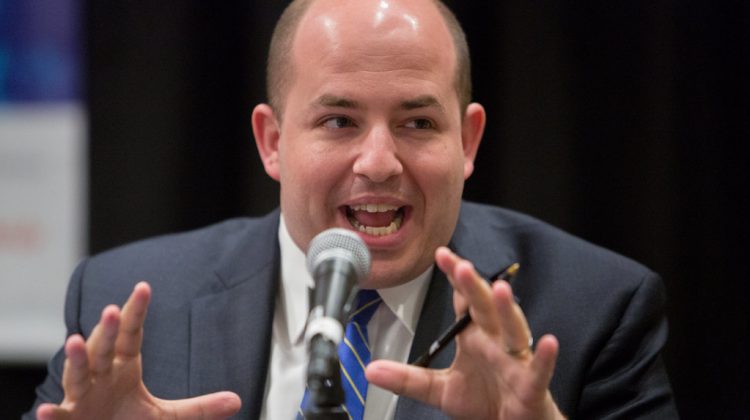 Reliable Sources was one of my favorite CNN shows. I tried to watch it every week because host Brian Stelter often had thoughtful guests, including scholars, on the show. I especially enjoyed his critiques of Fox News during the Trump era.

I hope Stelter lands somewhere else soon. Here is NPR:

In a statement to NPR, Stelter says he’s grateful for the show and his team’s examination of “the media, truth and the stories that shape our world.”

“It was a rare privilege to lead a weekly show focused on the press at a time when it has never been more consequential,” Stelter said, promising to say more on Sunday’s show — its final episode.

Stelter got his start blogging about cable news as a student and went on to become a media reporter for The New York Times. Reliable Sources is the longest-running show on CNN; Stelter has hosted it for the past nine years and celebrated the show’s 30th anniversary in March.

CNN chief Chris Licht informed Stelter of the decision yesterday. Licht has been making cuts throughout the network since taking the helm as part of Warner Bros. Discovery’s takeover of the old Time Warner company.

The network pulled the plug on its standalone digital platform, CNN+, for which it had hired former NPR host Audie Cornish and former Fox News host Chris Wallace, before it had been launched. (Both stars have stayed on at CNN.)

Stelter, who often touted the show’s ratings on Twitter, was among those CNN hosts targeted for frequent criticism from conservatives for his coverage of the media during the Trump years.

Among those publicly joining in on the broader criticism of CNN as having become politicized was the investor John Malone, a major financial stakeholder of the new Warner Discovery conglomerate. During an episode in February, Stelter cited Malone more than a dozen times in coverage of the Discovery deal for CNN and its sister properties, expressing some concern about the investor’s influence.

“Stelter came to CNN from The New York Times as the nation’s top media reporter. He departs CNN an impeccable broadcaster,” said Amy Entelis, CNN’s executive vice president for talent and content development. “We are proud of what Brian and his team accomplished over the years, and we’re confident their impact and influence will long outlive the show.”

If you want to understand Stelter’s influence, just take a look at how his critics are responding today: