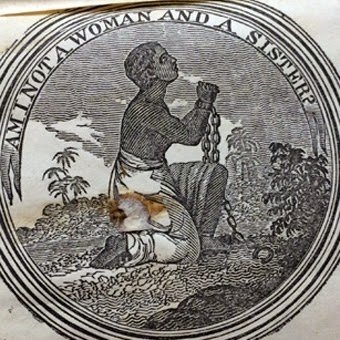 Historian Steven Mintz offers twenty-three things any college graduate should know about slavery. I like the idea of this post, but I would be happy if my general education (non-majors) students knew a handful of these facts.

Here is a taste of his post at Insider Higher Ed:

1.   Even though slavery is as old as the oldest human records – and could be found in societies as diverse as ancient China and India, in the Pacific Northwest, and in early England (where ten percent of the population was identified as enslaved in the Domesday Book of 1086), modern slavery — the kind of slavery that emerged in the New World after European colonization was distinctive.  It represented the lowest status in society.  It severely limited access to freedom.  It was based on race.  And it was the combustion engine that fueled modern capitalist economies.

2.  Only in a small number of societies, including classical Greece and the Roman republic and empire, did slavery become the dominant labor force.  But, ironically, slavery was associated with many of the most advanced societies and it grew most rapidly in eras, like the Renaissance and the Enlightenment, often associated with “progress.”

3.  Although slavery gradually declined in northern and parts of eastern Europe, where it was replaced by serfdom, it persisted in the Black Sea region and along the Mediterranean (and later on islands off the coast of Africa), where it served as a model for New World slavery.

4.  Between 1492 and 1820, Blacks constituted the overwhelming majority, some 4/5s, of those who crossed the Atlantic and arrived in the New World.  In other words, the European settlement and development of the Americas depended heavily on slavery and Black labor.  Also, slavery provided the labor force that produced the commodities, including sugar and tobacco, that undergirded the first modern mass consumer industries.

5.  The slave trade was the largest mass movement of people in world history and contributed significantly to sub-Saharan Africa’s underdevelopment.  Altogether, between 12 and 16 million Africans were forcibly exported to the New World, with revolts taking place on at least 10 percent of the voyages that made up the Middle Passage.  The Atlantic slave trade had devastating consequences on many parts of Western and Central Africa, skewing gender ratios, resulting in the loss of many prime age men, and displacing many indigenous industries.  Although enslavement largely, but not exclusively, took place as a result of warfare or judicial proceedings or repayment of debt, it was the European demand for slaves that helped destabilize large parts of the continent and drove the slave trade.

6.   The first Blacks arrived in the English colonies in 1619, but the first slaves came to what is now the United States nearly a century earlier, into present-day South Carolina and Florida and the Southwest along with Spanish colonizers.

7.  Slavery in the English colonies was not a static institution.  The law of slavery evolved gradually, and initially Black slavery co-existed in England’s southernmost colonies with white indentured servitude and Indian slavery.  It only became the key to the southern economy in the late 17th century.  Even then, however, colonial slavery differed from its antebellum counterpart.  Most of the enslaved in the colonial era were Africans, spoke African languages, were concentrated geographically along the Atlantic seaboard, and produced crops other than cotton, including rice, indigo, and tobacco.

8.  Before the American Revolution, slavery could be found everywhere in the New World from Quebec to the tip of Argentina.  Not until the 1760s did the first organized protests against slavery appear.  It was the democratic, egalitarian ideology of the American Revolution that helped transform slavery into a moral problem.  Yet there can be no doubt that calls by the Royal Governor of Virginia to grant freedom to those Blacks who escaped to British lines and fought on His Majesty’s behalf helped solidify support for the Patriots among southern slaveowners.