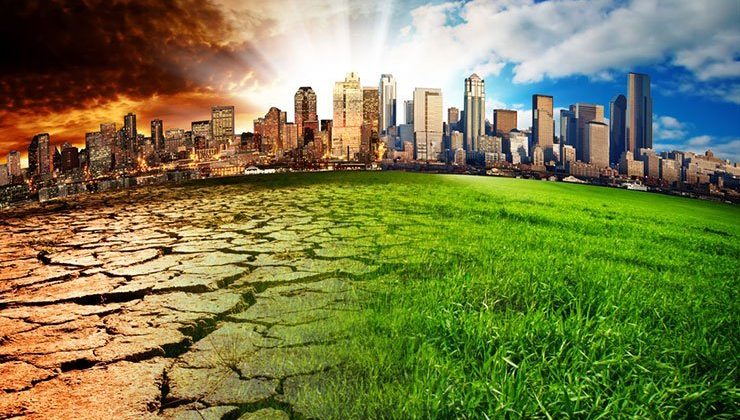 Good news for those of us who care about the planet.

Here is Robinson Meyer’s piece at The Atlantic:

Climate change was born as a modern political issue in the United States Senate. On a hot June day in 1988, a senior NASA scientist warned a Senate committee that global warming, which was previously mooted only as a hypothesis, was not only real but already under way. “It is time to stop waffling so much and say that the evidence is pretty strong that the greenhouse effect is here,” James Hansen said.

An auspicious start, and an ironic one. Since then, the fight against climate change in the United States and abroad has been defined by one constant: You can’t get the Senate to do anything. For 34 years, the upper chamber’s peculiar failure to act on the issue has shaped nearly every facet of policy and politics. Because the Senate could not pass a comprehensive climate bill, Congress could not; because Congress could not pass a climate bill, climate-concerned presidents had to rely on executive action and the permissiveness of the Supreme Court, and climate activists had to win smaller state and local reforms. This uniquely American reliance on regulatory, state, and local climate policy has never quite worked—the country still lacks a comprehensive plan to decarbonize its electricity sector, for instance, which remains dirtier than Western Europe’s—and it has been too disjointed to help the United States transition away from fossil fuels.

Even the edifice of international climate diplomacy was built with the Senate in mind. In 2015, diplomats wrote the Paris Agreement on Climate Change to be strictly voluntary for rich countries, so that the Senate would not have to ratify it. (In the final moments, the American delegation had to change an errant shall into a should to save it from Senate jurisdiction.) Madeleine Albright once said that America was “the indispensable nation.” But on climate change, the Senate has been the invincible obstacle.

But now, on a broiling August day 34 years after Hansen spoke, that record began to change. After an all-night session that stretched from Saturday evening into Sunday afternoon, Democrats voted along party lines to pass the first comprehensive climate law in American history. The bill will touch every sector of the economy, subsidizing massive new investments in renewable and geothermal energy, as well as nuclear power and carbon capture and removal, and encouraging new clean-energy manufacturing industries to develop in the United States.

It is the first economy-wide emissions-reduction bill adopted by the Senate. At more than $369 billion, its investment in climate change is the largest in the country’s history.