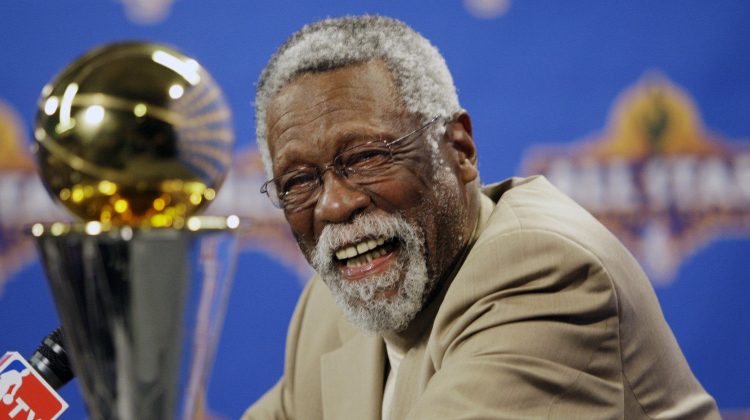 Here is Kareem at his Substack page:

I always knew I wanted to be active in civil rights, but I didn’t always know how I would do that. I had attended some anti-war and civil rights protests rallies while at UCLA, but I knew that wasn’t enough. In 1967, when I was 20 years old, football legend turned Hollywood actor Jim Brown asked me to join what became known as the Cleveland Summit. We were a group of mostly Black athletes—including Bill Russell, Carl Stokes, Walter Beach, Bobby Mitchell, Sid Williams, Curtis McClinton, Willie Davis, Jim Shorter, and John Wooten—tasked with determining the sincerity of Muhammad Ali’s refusal to be drafted by the U.S. Army based on his religious views as a Muslim. Several of the group were ex-military and did not look sympathetically on Ali’s stance.

Bill was the most famous member of the summit, other than Jim Brown and Ali, but he never tried to leverage that to influence the rest of us. His approach was logical and dispassionate, encouraging us to listen with open minds to what Ali had to say. That reasonable approach proved to be much more effective than trying to sway us. He knew Ali could speak eloquently and passionately for himself, and that if we were open, we would see the truth in what he said. That was a huge lesson in humility and leadership that guided me for many years after.

The Bill Russell of the Cleveland Summit was who I wanted to be when I grew up. In fact, the Bill Russell of the Cleveland Summit made me grow up right then and there. As I had emulated him on the court, I chose to also emulate him off the court. I read interviews with him and I read his 1966 autobiography Go Up for Glory about his experiences growing up in segregated America and the obstacles he faced as a Black man in America, despite his fame and accomplishments. What especially struck home was his refusal to become the stereotypical Angry Black Man that many tried to force him to be. Instead, he chose to focus on finding a path to change and social justice through specific actions and programs.

Years later when some in the press tried to characterize me as the Angry Black Man, I tried to follow Bill’s rational example to remain calm and join the fight by championing specific solutions rather than just rage and shake my fist. Although, sometimes the frustrations call for a good fist-shaking. Then, as Bill taught me, it’s back to doing the hard work that actually brings change.