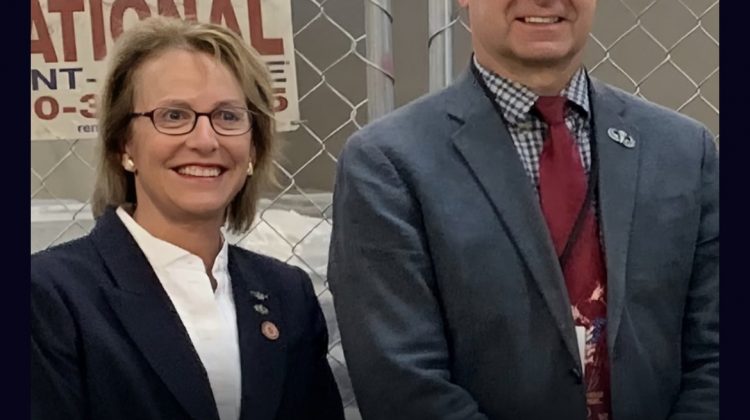 The 2022 United States elections will be held on Tuesday, November 8, 2022. During this midterm election year, all 435 seats in the House of Representatives and 34 of the 100 seats in the Senate will be contested. Thirty-nine state and territorial gubernatorial and numerous other state and local elections will also be contested. This will be the first election affected by the redistricting that will follow the 2020 census, Wikipedia reports.

Senator Doug Mastriano opened his candidacy for Pennsylvania governor on Saturday. The primary is scheduled for May 17.

Mr. Mastriano, 58, was elected to the state Senate in May 2019 to represent Franklin and Adams counties after a special election to fill the vacancy created by the mid-term resignation of former Sen. Rich Alloway.

Born in New Jersey, Mr. Mastriano is a graduate of Eastern University in St. Davids, Pa., and wrapped up his 30-year career as an Army officer with assignments on the faculty at the U.S. Army War College in Carlisle. He ran for Congress in 2018, finishing fourth in an eight-candidate field, before pivoting to the state Senate race upon Mr. Alloway’s unexpected retirement.

“He is the only one who stood up to fight for forensic audits and was one of the few to oppose medical tyranny. He stood alone with courage time and time again,” she pointed out, as the state senator from Franklin County has parlayed anger over coronavirus pandemic rules and who has strongly pushed for a forensic audit over the 2020 general and 2021 primary elections in the Keystone State.

“Doug is a phenomenal leader who has incredible integrity. If you want the Commonwealth to get back on the right track by opposing medical tyranny, restoring the integrity of your elections, protecting your gun rights, and lowering taxes, please join me and get behind Senator and Colonel Doug Mastriano,” Senator Rogers encouraged.

What do we know about Rogers? She is also endorsed by Donald Trump and Mike “MyPillowGuy” Lindell:

Rogers was one of Arizona’s strongest promoters of the Big Lie. On December 14, as Arizona’s electors met in Phoenix to cast the state’s electoral votes for Joe Biden, Rogers tweeted:

Here is one of her responses to the January 6th insurrection:

Some of you may recall that Doug Mastriano traveled to Arizona to learn from the audit. (By the way, the Cyber Ninjas found that Biden won).

Rogers is proud of the fact that she is a “charter member” of the Oath Keepers. She even spoke to an Oath Keepers’ meeting AFTER January 6, 2021:

She believes in a version of the Great Replacement theory.

The Arizona Senate censored her earlier this year for comments she made at a Christian Right conference organized by white nationalist Nick Fuentes. Here she is:

She called the May 2022 mass shooting at a supermarket in a Black community in Buffalo, New York a false-flag operation. She made these comments on the far-right social media site Gab, a site where Mastriano is posting and advertising his gubernatorial campaign.

Rogers and Mastriano: a match made in a heaven of their own design.