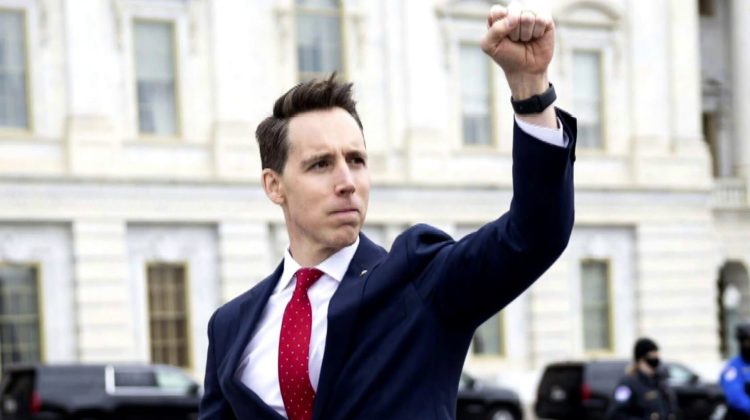 Given everything that’s happened since, it’s easy to forget the role that Sen. Josh Hawley (R-Mo.) played in validating Donald Trump’s effort to undermine the 2020 election results.

In the weeks after states submitted their electoral vote slates to Washington on Dec. 14 of that year, then-Senate Majority Leader Mitch McConnell (R-Ky.) sought to keep his caucus from joining an effort to reject some of those electors. Over on the House side, there was a quick competition to demonstrate loyalty to Trump by announcing plans to object to submitted slates. But contesting electors needed both one member of the House and one member from the Senate to have a shot at success, and McConnell didn’t want that to happen.

It didn’t work. And the first senator to defy McConnell was the junior senator from Missouri.

Hawley was making a calculated political play that, for a year and a half, he’s managed to keep afloat. But one clip that aired during the House select committee hearing on Thursday evening might have made that water-treading impossible.

On Dec. 30, 2020, Hawley’s office released a statement announcing that he would object to the electors submitted by Pennsylvania. He tried to rationalize it by blaming technology companies, a favorite target of his, and raising objections to how votes were cast in the Keystone state, a question that had already been resolved by the state’s courts.

The plan was obvious. Hawley, an ambitious young politician, wanted to be able to be the guy who delivered for Trump’s base. Other senators knew it, too: Sen. Ted Cruz (R-Tex.), similarly ambitious if less young, quickly came up with a plan for offering his own, slightly different objection. The race was on.

As he entered the Capitol on Jan. 6, 2021, Hawley gave that infamous fist pump to the crowd of people outside — some eventual rioters among them. In the aftermath of the riot, there was a lot of criticism of Hawley’s gesture of encouragement, serving as it did as a reminder of his role in encouraging rioters to think that the electoral-vote counting should be derailed. After keeping a low profile for a bit, Hawley eventually began selling a mug showing the fist pump — continuing to do so even after the copyright-holder for the photo threatened to sue.

And why not? He’d weathered the immediate negative effects of his involvement in the riot, it seemed. Republican opinions on the day’s events had shifted and loyalty to Trump continued to be valuable currency. Even on the evening of Jan. 6 itself, Hawley was still hoping that eventuality might arrive. While at least one member of the Senate Republican caucus decided not to object to the submitted electors, Hawley didn’t. He still objected. Even after Sen. Mitt Romney (R-Utah) shouted at him, “You have caused this!”, Hawley — standing in front of a fuming Romney — objected to the electoral slate.

This, it seems, was the bet. Hawley bet it would all work out politically, that he could wave away concerns like Romney’s over the short term and be a hero to the base for standing firm for years to come. And until, oh, about 9 p.m. on Thursday, it looked like it could work.

Then committee member Rep. Elaine Luria (D-Va.) turned the hearing’s attention to Hawley’s actions inside the Capitol that day.

This reminded me of another famous evangelical Christian on the run: