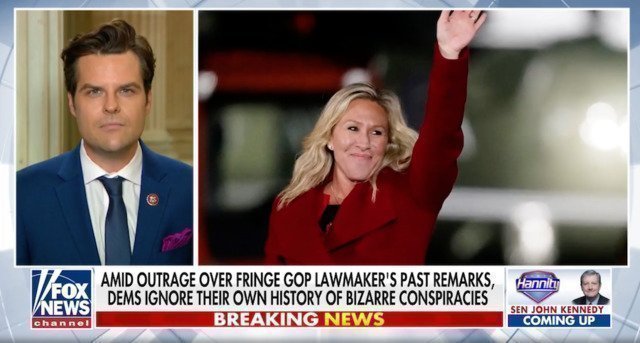 Finland and Sweden want protection against Vladimir Putin’s Russia. As we have seen in Ukraine, Putin has expansion on his mind and both Scandinavian nations border Russia. When a NATO nation is invaded, all of the other NATO nations are obligated to go to war to defend it. Finland and Sweden want to join NATO because they want protection just in case Putin decides to invade. Finland remembers this.

Here is Mia Jancowicz at Insider:

The House bill passed easily with 394 votes, leaving the 18 Republicans in a small minority even among their own party…

Finland and Sweden applied in mid-May, turning away from decades of neutrality in the wake of Russia’s invasion of Ukraine. Both countries have an uneasy proximity to Russia.

Each of the 30 NATO member states must approve the addition of any members. The US portion of that is driven the Senate Foreign Relations Committee, which has yet to decide formally but had been urged strongly by the White House to give quick approval.

Finland has a long land border with Russia and repelled a brutal Soviet invasion in a 1940s conflict known as the Winter War.

NATO formally invited the countries to join at the end of June, saying it would fast-track the process. Once a country is in NATO, all other members of the alliance are obliged to go to war if it is invaded.

The move has proved infuriating to President Vladimir Putin, who had cited his opposition to NATO expansion as one reason for invading Ukraine in the first place.

(Ukraine was also seeking NATO membership, but it didn’t have access to the faster process given to Sweden and Finland.)

The 18 no votes are another sign of the ongoing pro-Russia shift in the right of the party ignited by Donald Trump.

Gaetz, Greene, and Boebert are among GOP members who repeatedly voted against US military and humanitarian support to Ukraine.

They also are among the 63 Republicans who, in April, voted against a resolution expressing support for NATO and its “founding democratic principles.”

Some of the 18 right-wingers explained their votes: