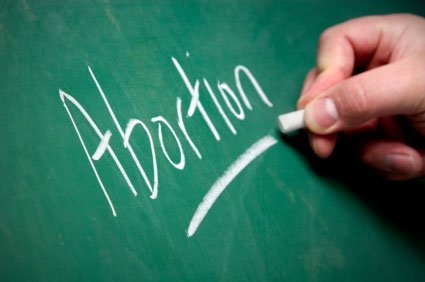 As Fordham’s Charles Camosy writes, there is “plenty of evidence” to support this claim.

Here is a taste of his piece at Religion News Service:

…abortion rates (per 1,000 women 15-49) in pro-choice states such as New York (20.3) and Illinois (18.6) are higher than those of European countries such as Germany (5.9) and the Netherlands (8.9). The populations of these countries generally share American blue states’ views when it comes to abortion’s legality, while enjoying much stronger social support from government. Yet their abortion rates are significantly lower.

The correlation between social support and abortion rates in the U.S. over time is also quite suggestive. In 1984 the abortion rate was about 25 per 1,000 women of pregnancy age but has plummeted to around 11 today.

There is tremendous debate about why this has happened. Have massive increases in abortion restrictions played a role? Almost certainly. What about contraception? Probably, especially given increased rates at which high-dose hormone devices are being put inside women’s bodies.

But a significant part of the story is the dramatically increased social support since the 1980s. To name just a few: the Family and Medical Leave Act, the Newborns’ and Mothers’ Health Protection Act, the State Child Health Insurance Program, the Healthy, Hunger-Free Kids Act, and of course the Affordable Care Act (which included provisions of the Pregnant Women Support Act).

One last point: As I wrote in my book “Resisting Throwaway Culture,” U.S. women are having fewer children (1.8) than they say they would like (2.7). The primary reasons given for this are that childcare is too expensive (64%), they are worried about the economy (49%), can’t afford more children (44%), there’s not enough paid family leave (39%) or no paid family leave (38%).

The choice to have, on average, one less child than they want is no doubt facilitated in part by contraception — but also by abortion as a back-up to contraception.

More study needs to be done, including in-depth interviews that get into the weeds of the complex interlocking factors. But there is plenty of evidence to suggest that increased social support will result in fewer abortions.

Of course, there are good reasons to push for many of these policies quite apart from abortion. Catholic Social Teaching insists that there are matters of justice at play here for women and families in a much broader sense.

But if the goal is to find common ground with conservative pro-life advocates who have been hesitant to support these policies in the past, but currently have a more open mind, we can make a very strong evidence-based case.