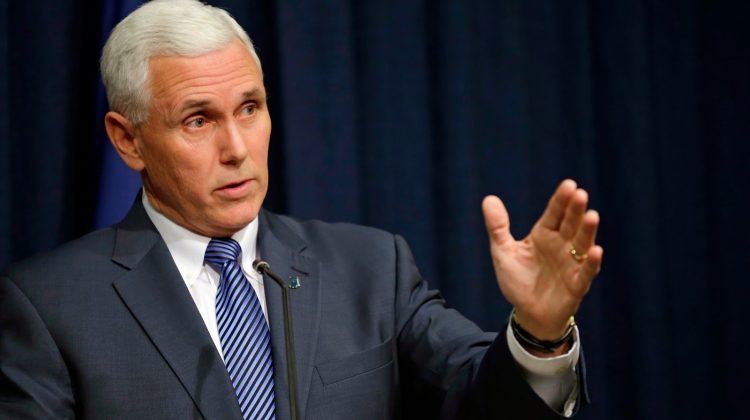 Today the House January 6th Select Committee portrayed former vice-president Mike Pence as the savior of the republic. We learned that Pence refused to succumb to Donald Trump’s attempts to get him to overturn the 2020 presidential election. He and his family hid in a basement loading dock as the insurrection raged above him. And he refused to leave the U.S. Capitol until he certified the 2020 presidential election results.

Buoyed by his faith, Pence showed great courage on January 6th. Future historians will remember this. Pence also deserves praise for separating himself from Trump in the months since the insurrection. I am sure he is motivated by some mixture of principle and political ambition. Either way, I am glad he did what he did.

But what took him so long?

For more than four years Pence stood behind Trump–sometimes literally and sometimes figuratively–and did nothing to stop the egomaniac who managed to get control of the executive branch of the United States of America. Pence enabled Trump. I am guessing he did this because he took seriously his responsibility as vice president. In Pence’s view, a vice-president is loyal to his president. A vice-president faithfully reports for duty. It was not Pence’s place to question the supreme commander. In this sense, Pence’s sense of duty and loyalty paralyzed him and hurt the country.

It is now time for Pence to right these wrongs and cooperate with the January 6th Select Committee. His Christian faith and patriotism gave him the courage to resist Trump on January 6th. Perhaps he can pray a little bit harder to see if God is calling him to stand up to Trump once again.

By testifying before the committee he could give us another glimpse of the heroism he showed on January 6th, strike a severe blow to Trump’s 2024 campaign, and set him up as a GOP front-runner in the next presidential election cycle.

It’s time to step-up Mike! Do it for God and country! If not, do it to save your political career.