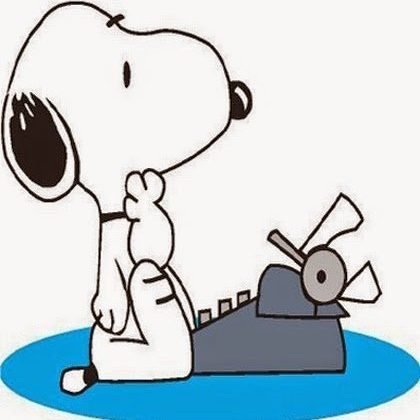 Someone recently told me that I need to write more like I talk. I think this person meant it as a compliment.

I thought about that advice again after I read Beeca Rothfield recent piece at Gawker. I am by nature an introvert, but I enjoy giving lectures much more than I do writing.

When do writers find the time to do any actual writing? It sometimes seems as though they are always speaking — delivering lectures, pontificating in bookshops, opining on talk shows. If they are lucky enough to win awards, they clear their throats and make grateful remarks; when the books they have somehow secreted between their speaking engagements are at last released, they discuss their “inspirations” and their “process” on podcasts or radio shows. More and more, the life of a professional author involves not writing but talking.

Of course, most people talk all the time and think nothing of it, life being a regrettably non-epistolary phenomenon. They explain their ailments to their doctors; they chat with their coworkers and complain to (and about) their friends. If they spew a few inelegant or inapt phrases in the course of all this nattering, well, they have no choice but to continue fumbling: conversation does not allow for revision or retraction. Why should writers be exempt from an otherwise universal indignity? They, too, are people, and people speak and misspeak. Still, I have always thought that there is something peculiarly invidious, even offensive, about the expectation that writers talk, at least in their capacity as writers.

No doubt I am biased by my own distaste for the exercise. I can imagine few horrors greater than an editor proposing the torment of a phone call, or a podcaster innocently inviting me to record a segment. Fortified by the protections of print, I have the courage to ask them: Who in their right mind would want to talk, much less listen, to a person who has contrived to spend as much of her life as possible crouched over her computer in isolation, deleting unsatisfactory variants of a single sentence for upwards of an hour? Nothing in my daily practice has prepared me for the gauntlet of a tête-à-tête. Writing is an antidote to the immediacy and inexactitude of speech, and I resent any attempt to drag me back into the sludge of dialogue.

But I also balk at the prospect of a speaking writer for reasons that more or less generalize. For one thing, authors are often poor orators, inept at the most basic mechanics of verbalization. They hum and halt and hesitate, interrupting themselves, appending caveats to their caveats, thrumming a chorus of tentative “ums.” They are drafters and amenders, if not by vocation than by profession, and in conversation, their strongest pronouncements tend to be timid, as if they were editing in real time. Even when a writer musters a declaration or masters the rhythm of a spoken sentence, her voice often betrays her. I once made the mistake of watching a video of a distinguished philosopher at a conference — and thereby discovering that he emits squawks as discordant as his papers are crisp and crystalline. And then there is the perennial challenge of pacing. Accustomed to laboring at length in seclusion, many writers speak glacially, as if they are lowering themselves into cool water, venturing one word and adjusting to its temperature before cautiously proceeding to the next.