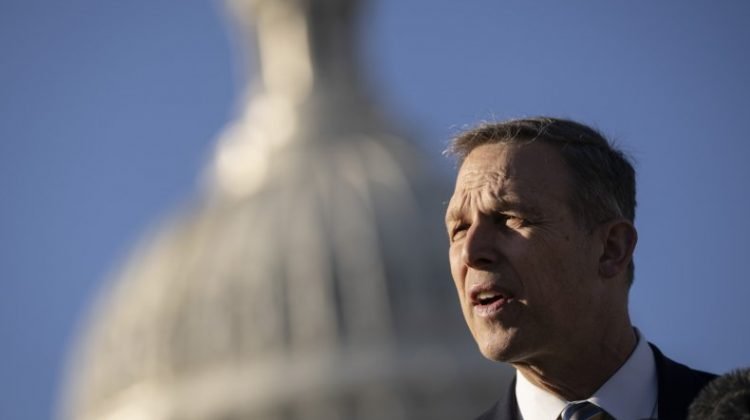 Here is Myah Ward at Politico:

Rep. Scott Perry of Pennsylvania, as well as multiple other Republican lawmakers, contacted the White House in the weeks after Jan. 6, 2021, to seek presidential pardons for their roles in attempting to overturn the presidential election results, the Jan. 6 select committee revealed Thursday in its prime-time hearing on the Capitol attack.

“Rep. Scott Perry … has refused to testify here,” Rep. Liz Cheney (R-Wyo.), vice chair of the select committee, said as she opened its case to the American public. “As you will see, Representative Perry contacted the White House in the weeks after Jan. 6 to seek a presidential pardon. Multiple other Republican congressmen also sought presidential pardons for their roles in attempting to overturn the 2020 election.”

The new details surfaced during the panel’s first public hearing, as the bipartisan committee launched the unveiling of its findings of a yearlong investigation into the insurrection. It’s the first of a string of hearings scheduled in the coming weeks that are set to paint a picture of a carefully planned and orchestrated attack on American democracy.

Perry was a major actor in then-President Donald Trump’s attempt to overturn the election, connecting Trump with Jeffrey Clark, an official in the Department of Justice who supported Trump’s efforts, according to testimony and documents obtained by the committee.

Cheney on Thursday talked about how close the former president came to appointing Clark as acting attorney general, and that the former president wanted Clark to send a letter to Georgia and five other states saying that “the U.S. Department of justice had ‘identified significant concerns that may have impacted the outcome of the election.’”

“This letter is a lie,” Cheney said.

Perry, who is now chair of the pro-Trump House Freedom Caucus, repeatedly pushed Trump’s chief of staff at the time, Mark Meadows, to implement the plan to sow doubt in the election results.

One only asks for a pardon if they know they did something illegal. Sadly, too many people in my congressional district (Pennsylvania 10) will look past Perry’s involvement in the January 6th insurrection and the Big Lie and cast a vote for him in November.

Back in 2018, I got behind Perry’s Democratic challenger George Scott, a Lutheran minister and Army veteran who now teaches political science at Messiah University. Scott lost by a few percentage points. This year Perry is running against Harrisburg City Council member Shamaine Daniels. Daniels seems to be hoping that she can win by concentrating on turning out voters in the city of Harrisburg. This might work, but she will also need to reach out to some of the rural/suburban moderate voters in the 10th Pennsylvania District who switched parties and voted for Scott in 2018. We will see if she can develop such a coalition. It’s going to be an uphill climb, but her chances just got better last night thanks to Liz Cheney and the January 6 Commission.

I will try to keep you updated on this race, but as of now, Daniels needs to become a household name, at least for those who care about politics. Right now she doesn’t seem to have much of a social media presence. (She has 775 followers on Twitter.) It’s time that the Pennsylvania Democratic Party and the National Democratic Party get behind her candidacy..