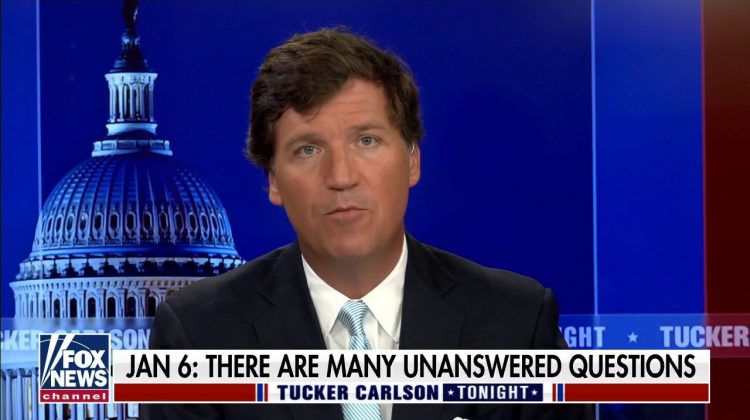 The Republican Party made a decision early last year that it would rather use the attack at the U.S. Capitol on Jan. 6, 2021, as a cudgel against Democrats than engage in the sort of self-reflection that an honest assessment of the causes of that riot might demand. It was easier — easy, even — simply to cast any probe of the attack as partisan and let slide Donald Trump’s insistences that the real problem was the 2020 election than to take on the former president and his enthusiastic base of support.

In part, that was easier because of Fox News. From the first hours after the riot, Fox News’s opinion hosts were spinning the riot as something other than it was — although they’d just sent text messages to Trump’s chief of staff, Mark Meadows, asking him to get Trump to take a firmer hand against the violence. Over the past 17 months, Fox News’s hosts (particularly Tucker Carlson) have been at the forefront of casting doubt on the riot and depicting efforts to investigate what happened as partisan. There is a news side at Fox, but it sits under the shadow of the late-night hosts. The effect is that Fox News has unique power to influence Republican politics and the Republican electorate.

So of course the network is not going to carry hearings run by the House select committee probing the Jan. 6 attack.

On Monday, I looked at the way in which two diverging narratives have emerged around the aftermath of the 2020 election. In reality, Trump’s self-serving insistence that he could have lost only because of fraud, combined with his desire to retain power, led to his demanding that fervent supporters show up in Washington on Jan. 6, all of which created a demand economy that Trump’s allies and Fox News sought to leverage. But many on the right see Trump as unfairly targeted as he simply sought to question a flawed electoral system — a narrative that itself got sympathetic treatment on Trump’s favorite cable-news network.

The result is that Fox News has been distinctly less likely to cover Jan. 6-related stories than its two competitors, CNN and MSNBC. It is, of course, not the case that Fox News should have to cover what its competitors do — which we’ll come back to — but it is nonetheless revealing about how Fox considers the subject.

For example, here’s how often each network mentioned “January 6” during any week since the attack at the Capitol. Each network’s weekly mentions of the date are shown in overlap; notice that Fox News’s columns are regularly lower than its competitors’. At right is the average over the entire period. It shows that Fox News mentioned the date less often….

Read the rest here. This piece is worth looking at for the graphs alone.