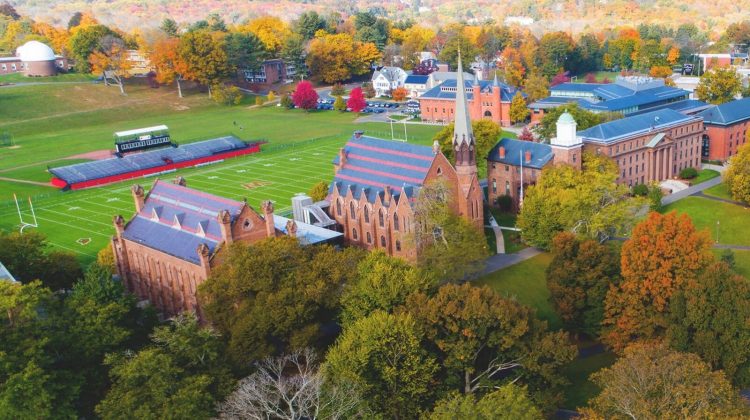 Wesleyan University president Michael Roth‘s answer to the “culture war” is “culture peace.” Here is a taste of his piece today at Insider Higher Ed:

We have often looked to schools and universities as places where inquiry and debate can take place without degenerating into pitched battles, but the words “culture war” are linked to higher education. The phrase took off in the late 1980s as worries about campus political correctness were about to explode. Campuses had often been havens for people with views outside the mainstream, but by the early 1990s critics were charging that colleges had become bastions of groupthink and indoctrination. Over the last 30 years, culture warriors made higher education a prime site for their battles. Recently, state governments have responded by attacking tenure and threatening defunding. Public university governing boards, meanwhile, have grown more politically polarized.

How should colleges and universities in the United States respond? Faced with culture war, they should practice culture peace by defending their missions and their most vulnerable members. The missions of higher ed institutions differ in subtle ways, but they all require broad freedom of inquiry and expression. This means that politically unpopular perspectives should be explored thoughtfully by students and faculty, and that conversation and debate should be guaranteed within “safe enough spaces”—environments in which everyone is protected from harassment and intimidation but in which no one is protected from being offended or having their minds changed. A place of freedom of inquiry is a place of experimentation—and that means that people will often modify their views, discovering they had been mistaken. In such places, forgiveness and mutual understanding are at least as important as the courage to speak up while exploring new ideas and methods.

During times of intense cultural conflict, higher education’s practice of culture peace must include the commitment to protect the most vulnerable members of its communities. At a time when inquiry into racism and its history are once again a wedge issue in the political arena, concern for the vulnerable means protecting faculty and student research into how aspects of our current conditions have been built on policies and customs that are unjust and morally repugnant. At a time when queer and gender-fluid people are being scapegoated, practicing culture peace also means ensuring that a campus is a place where they can thrive. At many colleges, conservative and religious students find themselves marginalized, and the institution’s duty is not only to protect them from harm but to ensure that they too can take full advantage of the educational opportunities. This will include campus discussions on what intellectual diversity means in specific contexts—and support for programs that are meant to bring into these discussions serious views that may not be popular among the majority of students and faculty.

Some would advise academics to just stay out of the way of the conflict raging around them—to strive for a neutrality that enables them to rise above the politics of our times. Others might think it naïve or idealistic to call on universities to practice culture peace when they themselves are often under attack in this culture war. But to be true to our academic and civic missions, we must become practical idealists, making peace where we can by promoting open inquiry and free expression. We must defend those who want to participate in this endeavor from threats of violence or marginalization while cultivating respect for intellectual diversity. By practicing culture peace, we will be more open to discovery, including the discovery that it’s time to change our minds and listen more carefully to others. Practicing culture peace at a time of culture war is not easy, but it’s the antidote we need to today’s cultivation of conflict.

Read the entire piece here. This all sounds good in theory. I am really curious to learn how Roth is cultivating this on the ground at Wesleyan University, especially among the faculty and faculty hires.