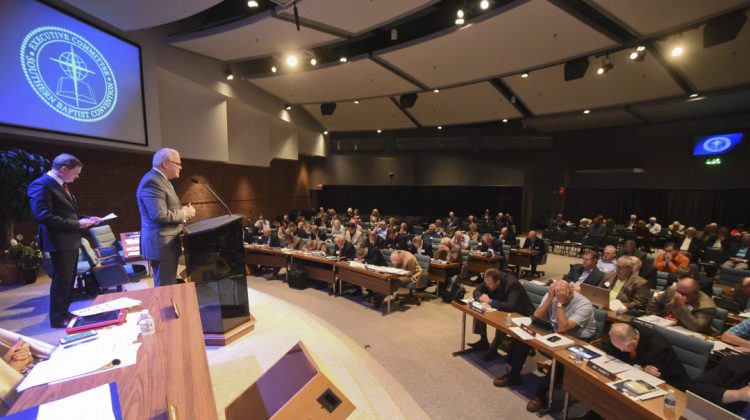 Randall Balmer, a Dartmouth religion professor and one of the country’s most prominent religious observers, addresses the Southern Baptist sexual abuse report. Here is a taste of his piece at the Los-Angeles Times:

In an origin story oft-repeated in SBC circles, Pressler, a judge in Texas, and Patterson, president of Criswell College who became an influential president of two Southern Baptist seminaries and president of the SBC, plotted their takeover at Café du Monde in New Orleans back in 1977. Recognizing that the SBC president had broad appointive powers that could sway the denomination as a whole, they mobilized members to elect a succession of conservative (some call them fundamentalist) presidents, beginning in 1979.

The ripple effects were huge. Politically, the new leadership steered the denomination hard to the right. According to Jimmy Carter, when a delegation of SBC officials visited him at the White House shortly after the takeover, Bailey Smith, a pastor from Oklahoma, informed the Southern Baptist Sunday school teacher: “We are praying, Mr. President, that you will abandon secular humanism as your religion.” (When Carter recounted the meeting to his wife, Rosalynn, that evening, he asked: “What is a secular humanist?” She didn’t know either.)

The effects of the Patterson-Pressler putsch took hold over time. As a string of SBC presidents systematically appointed fellow conservatives to seminary boards and denominational agencies, a vicious purge of “liberals” ensued.

Theologically, the new regime insisted on biblical inerrancy, the doctrine that the Bible is completely without error or contradiction. The Genesis accounts of creation, for example, had to be taken literally. But their real fervor was directed against women in leadership positions.

The purge was devastating. Careers were ruined, nearly 2,000 congregations left the denomination, and dozens if not hundreds of talented women were denied access to the pulpit. More recently, the leaders of the Southern Baptist Convention have trained their sights on the dreaded critical race theory.

For the leadership cabal, it seems there is no shortage of gnats.

Among many stories of abuse that were serially ignored, the report documents the claims of one woman who says she was repeatedly victimized by the pastor at her church beginning when she was 14. She became pregnant and was forced to apologize publicly and forbidden to name the father, who went on to serve another Southern Baptist congregation.

Turns out the Roman Catholic Church has nothing on the Southern Baptists when it comes to covering up sexual misconduct.

Other accounts are equally harrowing, but lest anyone misunderstand, the real peril facing the Southern Baptist Convention is critical race theory and women preachers. Gnats and camels.

Both Pressler and Patterson have been disgraced. Pressler, the judge, is enmeshed in civil proceedings over allegations that he raped a young man. Patterson was fired from his seminary presidency in 2018 by the SBC executive committee, which cited his mishandling of a student rape accusation. That same year, he was denounced in an open letter signed by thousands of SBC members for comments in recorded sermons about women’s looks and for counseling wives physically abused by their husbands to remain silent.

Doctrinal purity, I suppose, has its place. But it also runs the risk of misplaced priorities. As the Southern Baptist Convention comes to terms with its sexual abuse crisis, they would do well to consider a question Jesus posed to his followers: “Why do you look at the speck of sawdust in your brother’s eye and pay no attention to the plank in your own eye?”