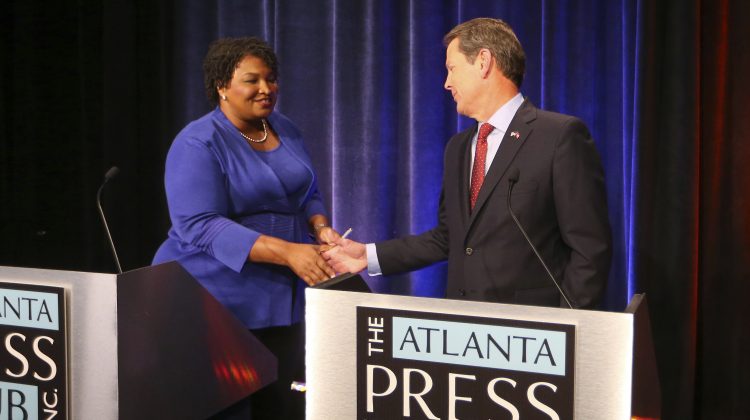 It’s Kemp and Abrams again in Georgia. Here is Annie Linskey and Josh Dawsey at The Washington Post:

Though the names on the ballot in November will be the same, the political landscape has shifted significantly over the past four years. The anti-Trump fervor that buoyed Democrats in the last midterm election and nearly lifted Abrams to the governor’s mansion has faded. This time, it’s Republicans who are eager to register their displeasure with President Biden’s policies.

Kemp has proved to be a savvy politician during his time in office, co-opting or sidelining rivals. The governor and his allies have focused on Abrams extensively in recent weeks, and they are seeking to sharpen the contrast between them in the wake of Tuesday’s primary.

Kemp is already using Abrams’s national ambitions as a rallying call to unite Republicans against her, making the case that she is using the race to springboard to national relevance and is reliant on outside campaign surrogates and outside donations. Abrams, who some see as a potential future presidential candidate, openly promoted herself to be Biden’s running mate in 2020.

“Stacey Abrams’s far-left campaign for governor in 2022 is only a warm-up for her presidential run in 2024,” Kemp said during his Tuesday night victory address. “Her radical ideas are meant to please people in New York, California and Chicago who are funding her campaign, so she can head straight out to Iowa or New Hampshire next year,” he said, referencing the traditional early states in the presidential nomination calendar.

But Abrams’s team says Democrats have dramatically expanded the electorate over the past four years, pointing to 1.3 million new voters who have registered to vote in the state since her defeat.They say they believe Democrats hold an advantage of 17 percentage points with these new voters.

Read the rest here. The piece also notes that Larry Sabato of the University Virginia just changed his rating on the race from “toss-up” to “leans Republican.”