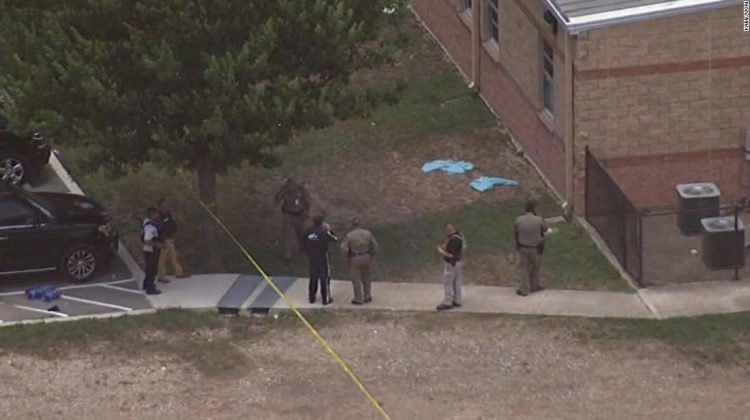 My friend Christopher Jones just reminded me (via his Twitter feed) of this 2012 Garry Wills piece at New York Review of Books: Wills wrote in the wake of the Sandy Hook shooting. It is worth revisiting today. 18 elementary school children dead in Uvalde, Texas.

Few crimes are more harshly forbidden in the Old Testament than sacrifice to the god Moloch (for which see Leviticus 18.21, 20.1-5). The sacrifice referred to was of living children consumed in the fires of offering to Moloch. Ever since then, worship of Moloch has been the sign of a deeply degraded culture. Ancient Romans justified the destruction of Carthage by noting that children were sacrificed to Moloch there. Milton represented Moloch as the first pagan god who joined Satan’s war on humankind:

First Moloch, horrid king, besmear’d with blood
Of human sacrifice, and parents’ tears,
Though for the noise of Drums and Timbrels loud
Their children’s cries unheard, that pass’d through fire
To his grim idol. (Paradise Lost 1.392-96)

Read again those lines, with recent images seared into our brains—“besmeared with blood” and “parents’ tears.” They give the real meaning of what happened at Sandy Hook Elementary School Friday morning. That horror cannot be blamed just on one unhinged person. It was the sacrifice we as a culture made, and continually make, to our demonic god. We guarantee that crazed man after crazed man will have a flood of killing power readily supplied him. We have to make that offering, out of devotion to our Moloch, our god. The gun is our Moloch. We sacrifice children to him daily—sometimes, as at Sandy Hook, by directly throwing them into the fire-hose of bullets from our protected private killing machines, sometimes by blighting our children’s lives by the death of a parent, a schoolmate, a teacher, a protector. Sometimes this is done by mass killings (eight this year), sometimes by private offerings to the god (thousands this year).

The gun is not a mere tool, a bit of technology, a political issue, a point of debate. It is an object of reverence. Devotion to it precludes interruption with the sacrifices it entails. Like most gods, it does what it will, and cannot be questioned. Its acolytes think it is capable only of good things. It guarantees life and safety and freedom. It even guarantees law. Law grows from it. Then how can law question it?

Its power to do good is matched by its incapacity to do anything wrong. It cannot kill. Thwarting the god is what kills. If it seems to kill, that is only because the god’s bottomless appetite for death has not been adequately fed. The answer to problems caused by guns is more guns, millions of guns, guns everywhere, carried openly, carried secretly, in bars, in churches, in offices, in government buildings. Only the lack of guns can be a curse, not their beneficent omnipresence.

Adoration of Moloch permeates the country, imposing a hushed silence as he works his will. One cannot question his rites, even as the blood is gushing through the idol’s teeth. The White House spokesman invokes the silence of traditional in religious ceremony. “It is not the time” to question Moloch. No time is right for showing disrespect for Moloch.

The fact that the gun is a reverenced god can be seen in its manifold and apparently resistless powers. How do we worship it? Let us count the ways:

1. It has the power to destroy the reasoning process. It forbids making logical connections. We are required to deny that there is any connection between the fact that we have the greatest number of guns in private hands and the greatest number of deaths from them. Denial on this scale always comes from or is protected by religious fundamentalism. Thus do we deny global warming, or evolution, or biblical errancy. Reason is helpless before such abject faith.

2. It has the power to turn all our politicians as a class into invertebrate and mute attendants at the shrine. None dare suggest that Moloch can in any way be reined in without being denounced by the pope of this religion, National Rifle Association CEO Wayne LaPierre, as trying to destroy Moloch, to take away all guns. They whimper and say they never entertained such heresy. Many flourish their guns while campaigning, or boast that they have themselves hunted “varmints.” Better that the children die or their lives be blasted than that a politician should risk an election against the dread sentence of NRA excommunication.

3. It has the power to distort our constitutional thinking. It says that the right to “bear arms,” a military term, gives anyone, anywhere in our country, the power to mow down civilians with military weapons. Even the Supreme Court has been cowed, reversing its own long history of recognizing that the Second Amendment applied to militias. Now the court feels bound to guarantee that any every madman can indulge his “religion” of slaughter. Moloch brooks no dissent, even from the highest court in the land.