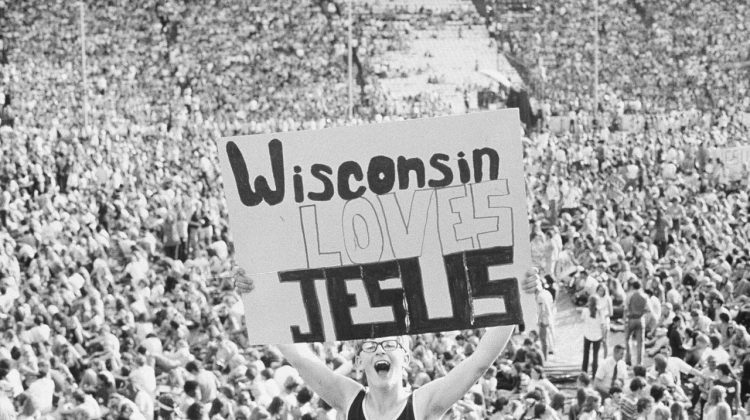 What is happening in Evangelical land

The National Association of Evangelicals on the Buffalo shooting:

Who are the Red Letter Christians?:

The president of Oral Roberts University on the hope he sees in Gen Z.

Wheaton College has a new chaplain:

More perspective on the right-wing evangelical critique of Tim Keller.

The Veggie Tales get their own podcast.

Evangelicals and technology in Kansas City.

A candidate for governor in Michigan is running on the platform “End the Disaster, Vote for the Pastor.”

More younger evangelicals accept same-sex marriage. This writer at The Stream is not happy about it.

The aforementioned website also attacks Mike Pence. It posts a picture of Pence and Russell Moore to reinforce its view on the former vice-president.

A court evangelical blasts Republicans for showing sympathy for the Buffalo shooting victims.

Jenna Ellis seems happy about the Mastriano win in the Pennsylvania GOP primary:

The pastor behind the “Pulpit & Pen” right wing website is under arrest.

More from Feucht’s worship event in Washington D.C. on Tuesday:

Christian nationalists and anti-vaxxers in a San Diego megachurch.

Mark Driscoll: Biden is a “coward” who is “heading to hell.”

Eric Metaxas does his due diligence as an employee of Salem Media to promote the Salem-backed Dinesh D’Souza’s movie on the Big Lie. Metaxas also backs Mastriano in Pennsylvania.

Ralph Reed is backing McCormick in the PA Senate race:

Franklin actually believes that progressives are the only ones that “imitate culture”:

Here is the latest from the “all lives matter” camp. Just for the record, some evangelicals talk about white supremacy because a guy with a gun shot-up ten people in Buffalo supermarket this past weekend and he was motivated by white supremacy.