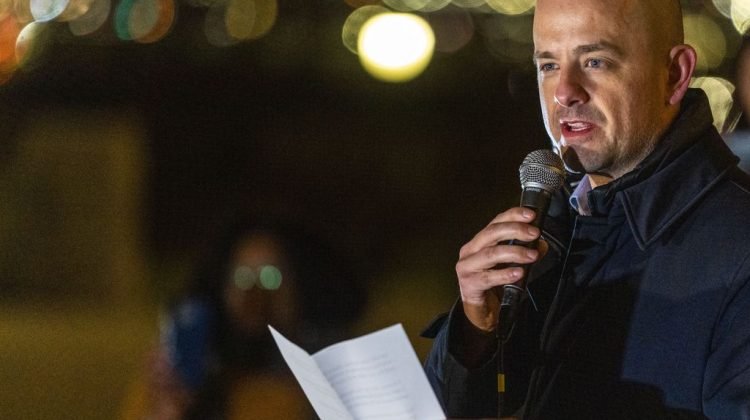 The most intriguing political development in recent weeks had nothing to do with inflation, Ukraine, the pandemic, border control or redistricting. And it did not take place in Washington or in a hotly contested swing state like Georgia or Arizona.

Instead, the venue was Cottonwood High School in Murray, Utah, a suburb of Salt Lake City. And the event was the Democratic convention in a state that routinely elects Republican senators by a better than 2-to-1 margin.

At the hotly contested convention, Utah Democrats opted by a 782-to-594 vote not to endorse their own candidate for the Senate seat held by embattled right-winger Mike Lee. Instead, Utah Democrats endorsed the independent candidacy of Evan McMullin, a former CIA agent who ran as a never-Trump Republican protest candidate in the 2016 presidential election.

At first glance, this looks like a gesture of abject surrender by a Democratic Party that last elected a Utah senator in 1970. But, in truth, this shrewd decision can serve as a model for a big-tent crusade to preserve democracy during this time of deep fissures in our republic.

Even though McMullin embraces good-government causes like ensuring voting rights, he is anything but a cookie-cutter Democrat.

His views on abortion are at best murky: “Some identify as pro-choice and others as pro-life, but no one I know is pro-abortion or in favor of hurting women and children.” And in an era when Democrats have abandoned the politics of austerity, McMullin emphasizes “passing balanced budget legislation.”

But ideological checklists aren’t the point. The underlying message in the Utah Democrats’ endorsement of McMullin is the same one that has animated the Jan. 6 committee in the House: In the battle against the forces out to nullify free elections, you take your allies where you can find them without worrying about litmus tests.