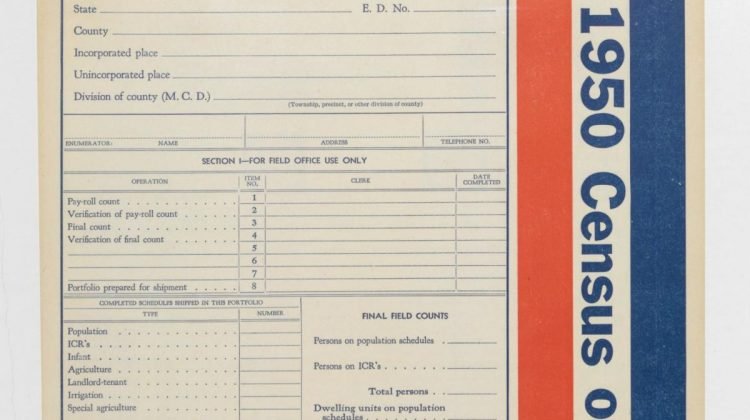 On Friday (tomorrow) to be exact. Here is Michael Ruane at The Washington Post:

On April 1, 1950, an army of 140,000 census enumerators, equipped with fountain pens and government forms, started fanning out across the country to paint a portrait of the United States.

Knocking on doors, asking questions about marriage, divorce, race and income, they gathered the personal details of life for 151 million Americans who had just emerged from an era of cataclysmic war and economic depression.

And after they finished a month later, abiding by a rule that required privacy, they locked the results away for 72 years.

Early on Friday, that time will have elapsed and the National Archives will unveil a huge batch of the intimate details from the 1950 Census — on 6.4 million pages digitized from 6,373 microfilm census rolls.

The data will include names, ages, addresses and answers to questions about employment status, job description and income.