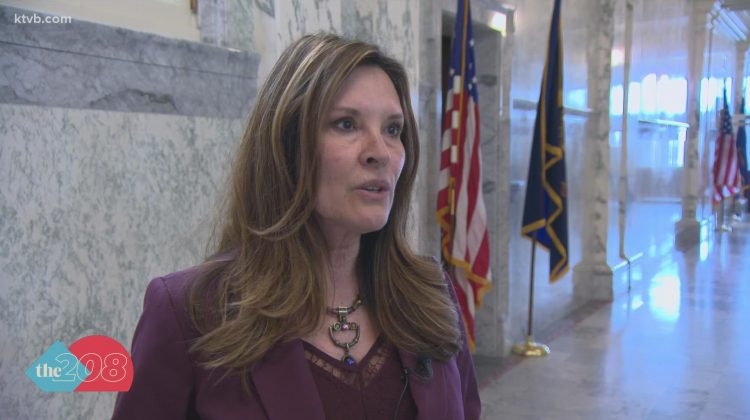 Idaho Lt. Governor Janice McGeachin is running for governor. Some of you may remember her May 2021 stunt when she tried to impose a mask ban while the Idaho governor, Brad Little, was out of the state. Some of you may also remember this:

Here is a taste of a Daily Beast article on McGeachin’s appearance at the conference:

Eric Ward, executive director of the Western States Center, a nonprofit that focuses on countering white nationalism, said in a statement to The Daily Beast that McGeachin should “resign her office immediately.”

“AFPAC isn’t a typical conservative conference; it was specifically designed to elevate the kind of bigoted and violent rhetoric that most politicians would be ashamed to be associated with,” Ward said. “The fact that McGeachin affirmatively sought out that company is a damning indictment of her embrace of white nationalism.”

But the backlash in Idaho is notable for its bipartisan tenor—if only among Republicans who don’t have to face voters. Take Back Idaho, a political action committee formed by former Republican officials in the state, demanded McGeachin’s resignation.

Her response comes straight out of the right-wing playbook–play the victim and blame the “mainstream” media. The GOP primary in Idaho is scheduled for May 17, 2022.