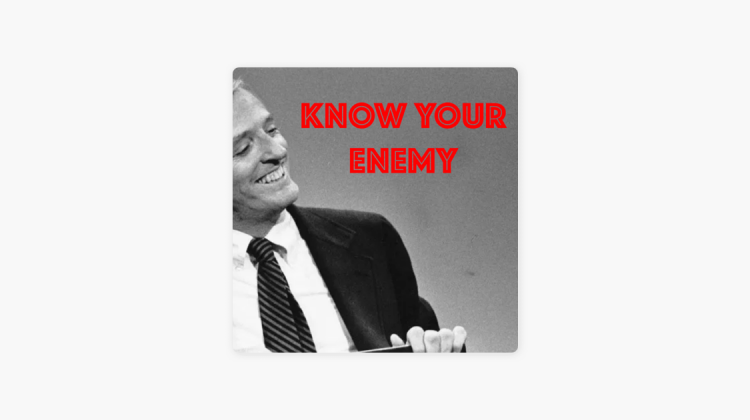 Some of us at Current are regular listeners of the “Know Your Enemy” podcast. Matthew Sitman and Sam Adler-Bell have a great “on-air” rapport, they generally treat their subject matter fairly, and have great guests as conversation partners. Now The New York Times has taken notice.

Here is a taste of Jennifer Schuessler’s piece:

When Matthew Sitman and Sam Adler-Bell sat down in the spring of 2019 to start the podcast “Know Your Enemy,” all they had was a microphone, a cheeky title and the vague hope that “yet another podcast where two leftist bros guide you through the swampy morass of the American right,” as they put it, might be something other people would actually listen to.

“We had no idea what we were doing,” Adler-Bell, 31, said during an interview last month in Sitman’s apartment in Manhattan, groaning at the mention of that first episode, which featured plenty of awkward fumbling and jokes about Sitman’s Leo Strauss tattoos.

“We just love talking to each other,” he said.

Nearly three years and 100 episodes later, “Know Your Enemy” has moved from being a cult favorite to something of a must-listen for the sort of person who is as interested in the internal politics of National Review, circa 1957, as in the current jousting on Capitol Hill.

The podcast contextualizes today’s hot-button debates like the battles over critical race theory in schools. But it mostly offers deep dives into conservative intellectual history, going into the weeds of the weeds armed with reading lists, reams of footnotes and archival documents.

Its audience of roughly 25,000 to 50,000 listeners per episode (according to the hosts) may be tiny by the standards of Joe Rogan, or even the socialist podcast “Chapo Trap House.” But in our hyper-polarized times, “Know Your Enemy” has emerged as something middle-aged liberals, young democratic socialists and Gen Z conservatives hungry for deeper perspective on the tumult of the Trump era can all love.