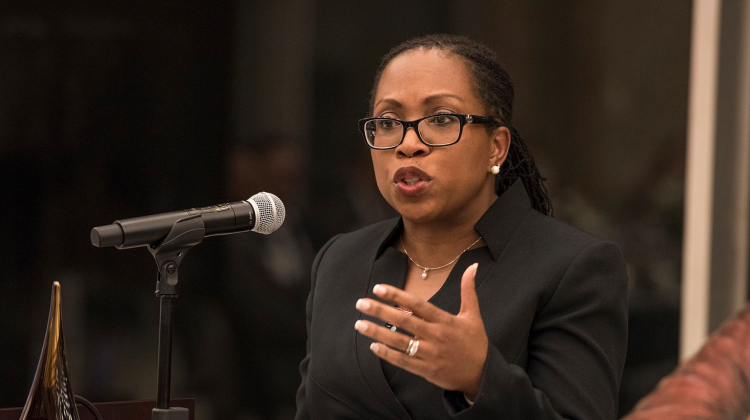 Amid all the Ukraine coverage, the Supreme Court has not received much coverage on cable news in recent days. But today Joe Biden nominated the first Black woman to the Supreme Court. Her name is Katanji Brown Jackson.

A former public defender, Jackson served as a trial court judge in Washington for eight years before Biden elevated her last year to the influential U.S. Court of Appeals for the D.C. Circuit. She was confirmed to that court after a relatively uncontentious Senate hearing and with the backing of three Republican lawmakers.

“I’m proud to announce that I am nominating Judge Ketanji Brown Jackson to serve on the Supreme Court,” Biden wrote on Twitter on Friday as he announced his selection. “Currently serving on the U.S. Court of Appeals for the D.C. Circuit, she is one of our nation’s brightest legal minds and will be an exceptional Justice.”

The three Republicans who voted to confirm Jackson to the U.S. Court of Appeals in June 2021 were Lisa Murkowski, Susan Collins, and Lindsey Graham.