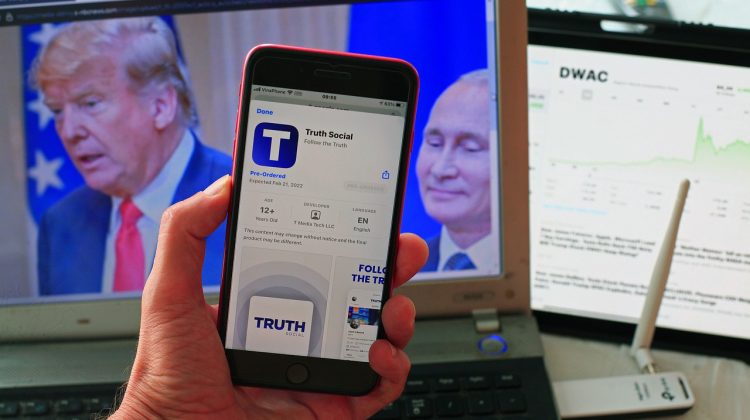 Former president Donald Trump, a longtime critic of how Democrats debuted Healthcare.gov, is facing a bungled website launch of his own.

His long-promised social network, Truth Social, has been almost entirely inaccessible in the first days of its grand debut because of technical glitches, a 13-hour outage and a 300,000-person waitlist.

Even Trump supporters made jokes about the early slog. Jenna Ellis, a former member of his legal team, posted to Instagram a photo showing Trump with his finger hovering over a laptop, “letting us on to Truth Social one at a time.”

The site had been heralded for months as the crown jewel of Trump’s post-presidential business ambitions, with allies pledging it would revolutionize social media and take down the mainstream social networks where Trump is banned.

But early glimpses at Truth Social suggest its offerings are almost identical to what Twitter and other sites have offered for years — except tweets are called “truths,” and retweets “retruths.” The site’s early struggles also have fueled doubts that Trump’s company will be able to handle tougher long-term challenges, such as policing for dangerous content and guarding against cyberattacks.

“The basic thing they needed to actually get right, to get someone in the door, they couldn’t get right,” said Bill Fitzgerald, a privacy researcher. The “ineptitude of the rollout,” he added, could be a warning of future issues ahead: “There is no better sign of a rushed implementation than the fact that you can’t onboard anybody. So I’m hard-pressed to understand why anyone would trust that these people would keep their information safe.”