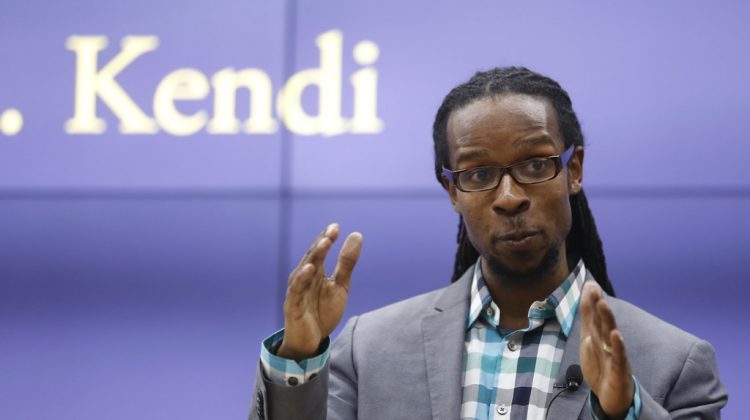 Of course he doesn’t. But I am sure his views have a following among some progressives in the party. Here is Matt Bai at The Washington Post:

I’ve always liked and respected President Biden, and in most ways he has governed well. His $1.2 trillion infrastructure package was a major achievement. His efforts to counter the pandemic have been steady. He seems poised to make a historic addition to the Supreme Court.

For all of his successes, though, there’s a fire raging in his party that Biden hasn’t even tried to control — and probably couldn’t extinguish if he did. For me (and probably a lot of suburbanites voting this fall), this is more than a backdrop to his presidency. It’s a dealbreaker.

In their zeal to beat back Trumpism, the loudest Democratic groups have transformed into its Bizarro World imitators. Tossing aside ideals of equal opportunity and free expression, the new leftists obsess on identity as much as their adversaries do — but instead of trying to restore some obsolete notion of a White-dominated society, they seek vengeance under the guise of virtue.

This is not — as the celebrated author claims — an expression of support for Lyndon B. Johnson-style affirmative action, which still makes sense to me. It is a case for the kind of social upheaval that occurred when foreign empires relinquished their colonies. It does not end well.

Liberals used to believe in civil debate about such ideas. But now, the arbiters of language are constantly issuing Soviet-style edicts about which terms are acceptable and which aren’t (“woke” was okay, now it’s not) — a tactic used for controlling the debate and delegitimizing critics.

We can disagree about whether this radical uprising is necessary or politically self-destructive. But it’s clearly not in keeping with the principles that are supposed to unite the country.

I was taught — and still believe — that in the United States, we are bound not by common origin, language or culture but by a series of laws and values that make us who we are.

As long as you swear allegiance to those laws and values — racial equality, free speech, unfettered worship — then you’re no more or less American than anyone else, and no less deserving of respect, protection and opportunity.

That we’ve failed to honor that promise over the life of the country, and are failing still, doesn’t mean you throw up your hands and abandon the project. It means you rededicate yourself to the ideal of true equality, rather than reducing individuals to a box on a census form.

Over at New York Magazine, Eric Levits responds to Bai in a piece titled “Ibram X. Kendi Does Not Run the Democratic Party.” A taste:

Bai suggests that this radical, Maoist ideology now predominates among the “mainstream” of the Democratic Party. Indeed, he argues the party is now so hostile to the “ideals of equal opportunity” and creedal nationalism (the notion that Americans are “bound not by common origin, language, or culture but by a series of laws and values that make us who we are”) that those who still subscribe to such old-fashioned liberalism are no longer “welcome” in blue America.

In support of these premises, he cites approximately no evidence. Bai does not point to a single instance in which Democratic policy-makers used state power to undermine equal opportunity or free expression, let alone to foment an anti-colonial upheaval. His sole example of the Orwellian turn in Democratic politics consists of a hyperlink to a column on the American Medical Association’s new “Health Equity” guide, which advises doctors to replace myriad phrases germane to their occupation with less stigmatizing alternatives (e.g., instead of doctors referring to the “morbidly obese,” the guide advises them to say “people with severe obesity”). This prescriptive vocabulary may be annoying or counterproductive. One thing it isn’t, however, is a product of the Democratic Party. Electing Republicans this fall will not force the AMA to become less “woke” because the government does not run the AMA.

To be clear, I think Ibram X. Kendi’s conception of anti-racism and other cultural currents invoked by Bai have shaped Democratic policy-making in some discrete jurisdictions. As I’ve written, a bizarre brand of “progressive” racial essentialism has found its way into some teacher-training programs at public schools. More defensibly, the left-wing impulse to prioritize racial equity over meritocracy (which is what Bai seems to mean by “equal opportunity”) has found substantive expression in the attempt to overhaul Gifted and Talented programs in New York City’s public schools and the abandonment of standardized testing in the California state university system’s admissions process.

My argument here is not that the worldview referenced by Bai is powerless. And even if its influence were merely cultural, liberals would be well within their rights to criticize it. The notion that progressives have a duty to withhold criticism of left-wing illiberalism or racial essentialism — on the grounds that the right-wing variety is more prevalent and noxious — rings false to me. That argument is implicitly premised on a kind of consequentialist reasoning: Even if a critical assessment of a progressive intellectual current is true, one shouldn’t voice it because doing so would validate a right-wing talking point and therefore be net harmful in its impact. Yet it’s very hard to anticipate exactly what the real-world impact of any truthful utterance will be. Given that most left-wing commentators command the respect and attention of many powerful progressives — but virtually no powerful conservatives — critiquing the former’s foibles may actually do more good than lambasting the latter’s crimes, since, in the first case, there is a much higher chance of changing a relevant person’s mind.

Thus, the problem with Bai’s piece is not that he criticizes some left-wing ideas despite knowing the GOP is the greater threat to liberal ideals. Rather, the problem is that he (1) falsely asserts that “mainstream” Democrats have abandoned liberal universalism for a doctrine of “vengeance” against white people and (2) suggests it would be rational for liberals to respond to this by withholding support for Democratic candidates, even as he produces no evidence to support either contention.

“Woke” progressives may have some influence in blue America. But they are scarcely the dominant force in Democratic politics. On Tuesday night, San Francisco residents voted overwhelmingly to recall members of a school board that had gained national attention for pushing to remove Abraham Lincoln’s name from one of the city’s high schools. New York City, meanwhile, is governed by an ex-cop who champions solitary confinement and stop and frisk. And as Bai incongruously concedes, the current Democratic trifecta in Washington has governed in a manner that centrist pundit Matt Bai approves of, even as its record has outraged the Movement For Black Lives. Further, in deep-blue California, state law actually discriminates against white people to a lesser degree than Bai deems warranted: Whereas the centrist pundit approves of affirmative action, nearly 60 percent of California voters — among them, no small percentage of Democrats — voted in November 2020 to sustain the Golden State’s ban on racial preferences.

Bai’s contention that mainstream Democrats have abandoned the rhetoric of creedal nationalism for that of racial essentialism is simply bizarre. Biden’s celebrations of the former are relentless; his address to Congress last spring implored America to move “forward to a union, more perfect, more prosperous, and more just, as one people, one nation, and one America.” Such universalism isn’t the exclusive property of the party’s moderates, either. The progressive movement’s 2020 standard-bearer also spoke Bai’s language. “We are one people,” Bernie Sanders declared in February 2020. “And I don’t care if you’re Black, you’re white, you’re Latino, Native American, Asian American, you’re gay, you’re straight. That’s not what it’s about. What it’s about is that we are human beings. And we share common dreams and aspirations.”

In truth, Bai’s complaint is not with the Democratic Party but with a specific subset of progressivism that boasts outsize influence on social media and within some elite institutions. There is no reason to believe that withholding support from Democratic candidates in November’s midterms will diminish the influence of this ideology in non-state institutions. Indeed, Bai himself suggests it was a Democratic electoral defeat that accelerated the cultural changes he despises, writing that left illiberalism is a “testimony to the damage that one shameless and unprincipled man managed to wreak on our politics,” as President Trump brought out “the worst in everyone.”