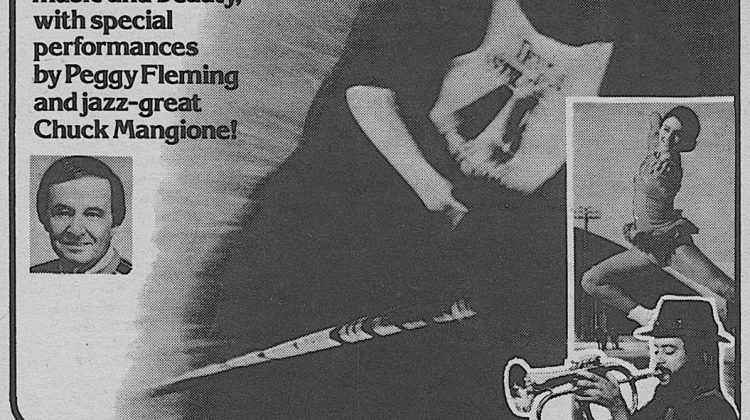 Here is a taste of Bruce Berglund‘s fascinating piece at The Washington Post:

The 1980 Lake Placid games changed everything. In the lead-up to the Games, the preview issue of Sports Illustrated had a vastly different look, starting with the striking cover photo: speedskater Eric Heiden in his gold racing suit. True to the magazine’s prediction, Heiden completed a historic sweep of all five speedskating events. Ratings for ABC’s prime-time broadcasts spiked on days Heiden raced. By the second week, average viewership was well ahead of the 1976 Winter Games. On the best nights, ratings were comparable to the Montreal and Munich Summer Olympics.

Meanwhile, the hockey team moved through the tournament without a loss, setting up their medal-round showdown against the Soviets on Friday, Feb. 22. With the game scheduled for 5 p.m. Eastern time, ABC appealed to Soviet hockey officials to move the start time back, so the game could be shown live during prime time. But the Soviets refused, since people back home would have to watch in the middle of the night.

Thanks to the Americans’ shocking upset, even the tape-delayed broadcast of the game drew big numbers: 34.2 million average viewers. Two days later, on Sunday afternoon, the gold medal game drew 32.8 million average viewers. Hockey sealed a win for ABC. The two weeks of prime-time broadcasts had an average rating of 23.6, still the second-highest rated Winter Olympics of all time, surpassed only by the Nancy Kerrigan-Tonya Harding circus that tore apart the U.S. women’s figure-skating team and dominated coverage of the Lillehammer Games in 1994.

Arledge recognized that the value of the hockey team’s stunning win went beyond ratings. Just before the start of the Lake Placid Games, the network had secured rights for the next Winter Olympics. But when the contract for the Lake Placid Games expired, rights to footage from those Olympics reverted to the International Olympic Committee (IOC). Looking to change this arrangement, Arledge finalized a new deal later that spring: ABC would pay $91.5 million not only for broadcast rights to the 1984 Winter Games but also for exclusive control over footage from all previous Olympics. The new contract ensured that ABC would get paid any time we saw the U.S. hockey team celebrating in 1980 as broadcaster Al Michaels shouted, “Do you believe in miracles?”

Arledge not only wanted to secure ABC’s control over the 1980 miracle but also make sure the network would be home to future miracles. Weeks before the start of the 1984 Games in Sarajevo, ABC held off the other two networks for rights to the 1988 Winter Olympics in Calgary. Five rounds of bidding drove up the price to $309 million — a seismic increase from the $15.5 million ABC had paid to broadcast the Lake Placid Games.

Media hype surrounding the 1984 U.S. Olympic hockey team deflated quickly when early losses knocked the squad from medal contention. ABC ended up having to reimburse advertisers who had paid rates based on projections of Lake Placid-sized numbers. Members of the IOC, meanwhile, congratulated themselves on having locked up the huge contract for Calgary, before the ratings flop in Sarajevo dropped bids from the American networks.

Four years later, the U.S. hockey team got off to a better start in Calgary, yet still missed the medal round. Viewers noticed a change in ABC’s coverage that year. Announcers referred to the hockey team as “we” and “us.” New studio host Kathie Lee Gifford called the players “our boys.” Even Jim McKay got in on the cheerleading, stoking viewers’ expectations with references back to the victory at Lake Placid. Gone was the more educational model of “Wide World of Sports.” Instead, ABC primed viewers to root for their team. Arledge shrugged off complaints about the slanted coverage. “You don’t want boosterism,” he admitted, “but on the other hand you’re showing a pleasant event to people.”

The 1988 Winter Games ended a quarter-century of ABC airing the Olympics, but the network had left its mark by creating the template for what the Games would now look like on television. ABC pioneered the athlete profiles, travelogue sketches and edited presentations of events that we still see on NBC’s prime-time broadcasts, even though all events are streamed live. The coverage of the Beijing Games also centers on the American quest for gold. Beginning with Lake Placid, ABC recognized that American viewers turned on the Winter Olympics to watch American athletes win.