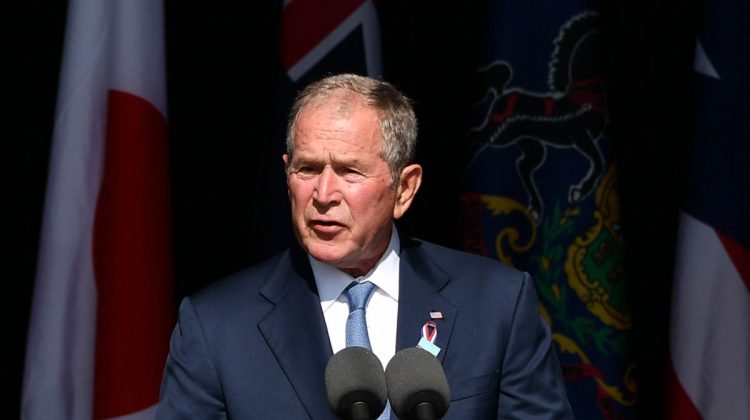 Representative Cheney (R-Wyo) and Sen. Murkowski (R-Alaska) are facing challenges in their 2022 primaries from Trump-supported candidates. Those primaries will take place on August 16, 2022. Here is Brittany Gibson at Politico:

Bush donated a maximum individual contribution of $5,800 to Cheney last October. It was a small but notable piece of her total haul of $1.9 million in the last quarter of 2021, which swelled her campaign account to more than $4.7 million cash on hand. Bush had previously donated to Cheney — whose father served as Bush’s vice president — in 2016, according to FEC records.

The 43rd president also threw in $2,900 — the maximum allowable primary donation — for Murkowski’s reelection efforts, adding to her $1.2 million intake in the last quarter of 2021. Murkowski ended 2021 with $4.2 million in the bank. It’s the first time Bush has donated to the Alaska senator, FEC records show.

Bush has contributed to a number of Republican political campaigns in recent years, but these appear to have been the former president’s first donations of 2021 — and they are significant in their symbolism. Trump has endorsed Republican challengers seeking to unseat Cheney, Murkowski and others as retribution after they voted to remove him from office and said he incited the Jan. 6, 2021 Capitol riot.

In Alaska, Trump is endorsing Kelly Tshibaka, the former commissioner of the Alaska Department of Administration. She has no major endorsements outside the Trump camp.