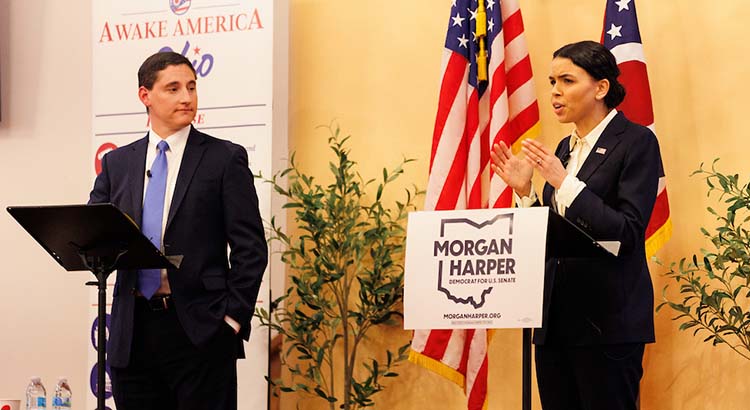 In a recent debate between Ohio U.S. Senate candidates Morgan Harper (D) and Josh Mandel (R), the question of the separation of church and state came up.

Here is Mandel’s answer in writing:

I do not believe in the separation of church and state. The founders of this country…did not believe in separation of church and state. When you read the United States Constitution, nowhere…do you read about separation of church and state. It does not exist. When I started this campaign, I made a decision, and the decision I made was rather than run my campaign through traditional Republican Party groups, I was going to run my campaign through churches. The reason is, we are not going to save this country in political offices. We are not going to save this country in big corporate office towers. We’re going to save this country in churches and barns and kitchen tables throughout this state and throughout this country. The Judeo-Christian bedrock of America is the foundation of this country. America was founded on Judeo-Christian values. Not on Muslim values. Not on atheism. But on Judeo-Christian values. There’s so many factors that separate that Judeo-Christian belief set from these other belief sets like Islam and atheism. And one of the main differentiating factors is our belief in good over evil and our willingness to fight for good over evil.

Let’s break this down:

Yes, this guy is running for a seat in the United States Senate.