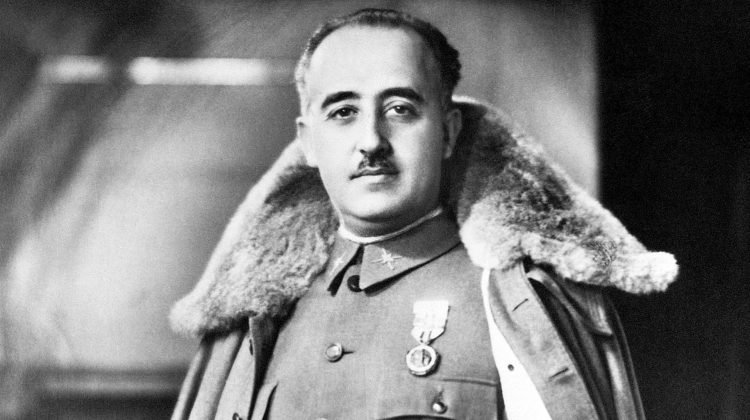 Today it is Hungary’s Viktor Orbán. In the 1950s it was the Spanish dictator Francisco Franco.

Here is Joshua Tait at The Bulwark:

Prominent conservatives have discovered Hungary and its “twenty-first century dictator,” Viktor Orbán. This week, Tucker Carlson will be relocating his top-rated show to Hungary, as he did for a week last August, bringing Orbán into the homes of hundreds of thousands of Fox viewers.

Carlson may be the most high-profile conservative to alight on Hungary, but he’s far from the first. Christopher Caldwell profiled Orbán in the Claremont Review of Books in 2019; former National Review editor John O’Sullivan moved to Budapest, where he has run the Danube Institute, a think tank funded by Orbán’s government, since 2017; the American Conservative’s Rod Dreher spent four months last year in Budapest under the auspices of the Danube Institute, largely singing its praises; while a number of others, including Patrick Deneen, Chris DeMuth, Sohrab Ahmari, Yoram Hazony, and Jordan Peterson have made pilgrimages, in several cases meeting with Orbán himself. Early this year, Donald Trump endorsed Orbán for re-election.

Hungary’s appeal to the American right is straightforward. Among the world’s leaders, Tucker Carlson pronounced, only Orbán identifies as a Western conservative. He takes pride in standing athwart European Union integration, internationalism, immigration, and “wokeism.” He champions the Hungarian nation and the Christian West.

While Republican politicians like Ted Cruz and Josh Hawley muse that “the left hates America” and its “grand ambition is to deconstruct the United States of America,” Hungary suggests another path—one where the right, apparently harnessing popular energies, wields the state against the cultural left, evidenced by Hungary’s anti-LGBTQ law and its defunding of gender studies programs in Hungarian universities. For American national conservatives already abandoning small-government positions, Orbán fuels dreams of an American right brandishing the power of the federal government. Others may see in Hungary a hint of “integralism”—the possibility of a Christian state integrated under the governance of the Catholic Church.

For a relative European backwater, Francoist Spain figures prominently in the history of American intellectual conservatism. National Review, the conservative journal of ideas that emerged from both right-wing and Catholic circles in the mid-1950s, reflexively defended both the Franco of the contemporary 1950s and the victory of the Nationalists over the secular Republican government in the Spanish Civil War in the 1930s.

These intellectuals were never as close to Franco as contemporary conservatives are to Orbán. In fact, hardly born democrats, they frequently called for a restored monarchy to succeed Franco, scoffing at the idea of democracy in Spain.

Nevertheless, there are striking parallels. As with the current relationship with Hungary, the conservative experience of Spain was characterized by celebrations of the Nationalist victory against leftist “aggression,” anti-anti-Franco apologia, and rethinking conservative dogmas in the shade of Spanish cathedrals.

Franco’s conservative defenders fell prey to many myths. He was repressive; Spain successfully democratized after his death, while the institutional prestige of the Church collapsed. The Spanish Republic had been anti-clerical, but the government sought to moderate against opposition and prevent anti-clerical violence. Instead, the catastrophist right instigated violence to destabilize the Republic. Franco’s conduct in Spain’s Civil War, which began as a right-wing coup, was not heroic but brutal and methodical and supported by Mussolini and Hitler. They overstated the crimes of the Republicans, and buried the far greater crimes of the Nationalists, and misunderstood the role of the Soviet Union.

The fact that American conservatives were willing to overlook all this in a sympathetic strongman should give today’s Hungary enthusiasts pause.