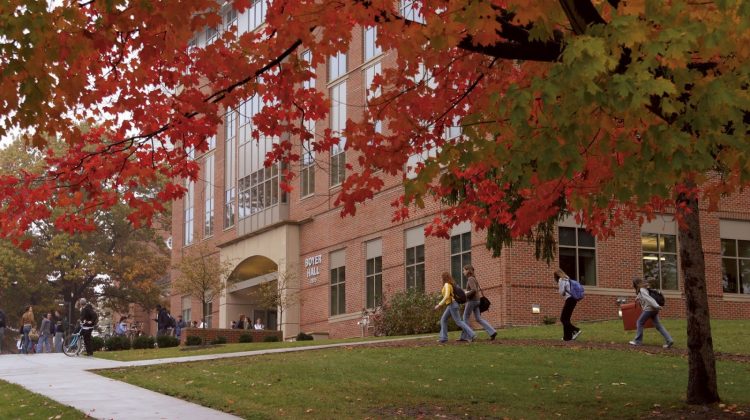 There is A LOT to consider in Catholic moral philosopher Charles Camosy‘s recent piece at America. Here is a section that got my attention:

As institutions’ connections to Christianity become frayed, other ideologies have gained ground. Too often, Christian values are made to fit into those ideologies—not the other way around. Intersectional critical theory—sometimes referred to pejoratively as “wokeism” or the “successor ideology”—is very often at the center of this ideological shift.

Although the definition of this ideology is disputed (it is probably better described as many related things rather than as one consistent thing), one element most adherents agree on is that it embraces skepticism about classical liberal arts education grounded in traditional norms of academic debate. These norms are dismissed in various ways, but often with reference to their supposed connections to whiteness, patriarchy, homophobia/transphobia and more.

Intersectional theorists have much to contribute, particularly when it comes to structural sin and a consistent ethic of life. I have personally learned much about how to think about my whiteness as it exists with my own multiracial family through their writings. But I have found that too often intersectional discourse focuses on tearing down perceived heretics and other opponents rather than working to find common cause with others who also want to lift up those discarded by our throwaway culture.

Open and honest academic dialogue will suffer. Those who wield power in the administration of higher education in the United States feel social and other kinds of pressure to enforce strictly the norms of intersectional critical theory—often by means of offices and initiatives related to diversity, equity and inclusion. These efforts are often responses to real suffering and prejudice, but too often they are executed in censorious ways that chill free and open academic inquiry about the contested issues of the day. This is true both for students (who can put grades and letters of recommendation at risk if they express an opinion out of step with this ideology), and even for tenured faculty, who fear being passed over for promotion, isolation and difficulties getting papers through peer review (and fewer and fewer professors will have the protections that come with tenure over the next 10 years).

There is a publicly shared sense that one must conform to the new ideology or face serious consequences—with the result that many students and professors simply keep their heads down. I am certainly not arguing that this trend makes professors the primary victims of our day, but rather that it discourages the innovation, disagreement, argument, collaboration and transformation required to make progress. Authentic engagement across groups holding differing opinions on foundational topics is now rarely even attempted on these topics—much less achieved.

But we can also expect students and professors alike will push back against the fear tactics used to enforce the norms coming from this ideology. According to a Morning Consult Poll in July 2021, the millennial generation is the only one to support such a culture. But would you guess that the youngest generation, Gen Z (born between 1997 and 2008), is the generation most likely to reject it? And the youngest members of that generation—those who will go to college over the next decade—showed the lowest levels of support.

I know people at Christian universities who will say that Camosy is being too alarmist here. They will argue with him by pointing to examples of open dialogue and free speech taking place on their campuses. But here is my question: Is free speech celebrated on our campuses, or merely tolerated? This is especially an issue that humanities faculty must address, assuming that your college or university still offers humanities courses or still has a specific campus spokesperson with the singular job of addressing the state of the humanities on campus.