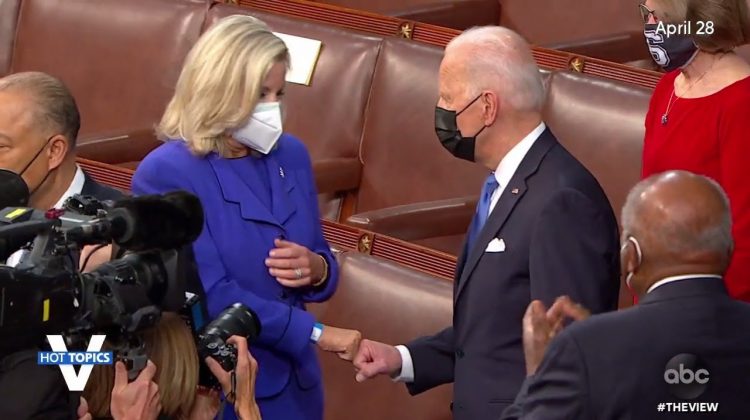 Tom Friedman floats the idea in his New York Times column. His model is Israel.

Could this play come to Broadway? I asked Steven Levitsky, a political scientist and co-author of “How Democracies Die,” after he presented some similar ideas last week to my colleague David Leonhardt.

America is facing an existential moment, Levitsky told me, noting that the Republican Party has shown that it isn’t committed any longer to playing by democratic rules, leaving the United States uniquely threatened among Western democracies.

That all means two things, he continued. First, this Trump-cult version of the G.O.P. must never be able to retake the White House. Since Trump has made embracing the Big Lie — that the 2020 election was a fraud — a prerequisite for being in the Trump G.O.P., his entire cabinet most likely would be people who denied, or worked to overturn, Biden’s election victory. There is no reason to believe they would cede power the next time.

“In a democracy,” Levitsky said, “parties lose popularity and they lose elections. That is normal. But a democracy cannot afford for this Republican Party to win again because they have demonstrated a ton of evidence that they are no longer committed to the democratic rules of the game.”

So Biden-Cheney is not such a crazy idea? I asked.

“Not at all,” said Levitsky. “We should be ready to talk about Liz Cheney as part of a blow-your-mind Israeli-style fusion coalition with Democrats. It is a coalition that says: ‘There is only one overriding goal right now — that is saving our democratic system.’”

That brings us to the second point. Saving a democratic system requires huge political sacrifice, added Levitsky. “It means A.O.C. campaigning for Liz Cheney” and it means Liz Cheney “putting on the shelf” many policy goals she and other Republicans cherish. “But that is what it takes, and if you don’t do it, just look back and see why democracy collapsed in countries like Germany, Spain and Chile. The democratic forces there should have done it, but they didn’t.”

As Levitsky notes, such a ticket would require both candidates to lay aside their ideological convictions on poverty, the environment, race, government spending, abortion, LGBTQ issues, foreign policy, immigration, trade policy, etc. in favor of national unity. I’m not sure that is possible in the United States.

As for me, I want to see a candidate/ticket who champions: racial justice (and has a nuanced view on CRT and the 1619 Project), the fight against climate change, something similar to Fairness for All on LGBTQ rights, labor interests, universal health care, pro-life convictions from conception to death (and is willing to talk openly and often about the problem of abortion), criminal justice reform, the centrality of the family, the free exchange of ideas (similar to the recent Harper’s statement), the revitalization of public schools, an investment in the humanities, the end of gerrymandering, free-Internet for all, federally-funded infrastructure development, vaccine mandates, a foreign policy committed to strict just war principles, and an immigration policy that seeks out ways to welcome strangers, secure the borders, and protect the Dreamers.