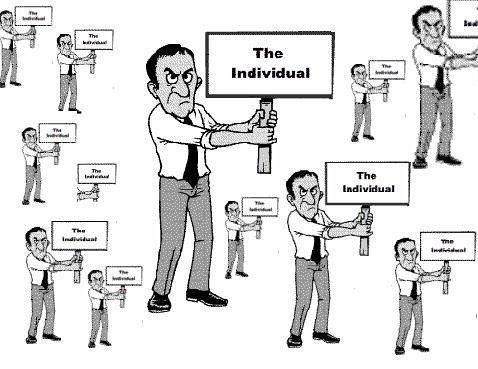 This is a really interesting column. A taste:

Prophecy is optional folly but an irresistible end-of-year temptation. So, at the risk of allowing a wish to be the father of a thought, a plausible prediction is that in 2022 the current fever of racial thinking will break, for two reasons.

One is that such thinking has become something fatal in politics: boring. It is now a recycling of predictable boilerplate about “systemic” and “structural” this, and “unconscious” and “intersectional” that. The impulse, presented as a moral imperative, to view the nation’s past and present exclusively through the narrow lens of race became in 2021 so pervasive and fierce that it resembled something perishable: a fad. Albeit one that has spawned a multibillion-dollar industry whereby corporations hire “diversity” consultants to teach them how to regret their “privilege” without shedding any.

A more intriguing reason climate change is coming to the nation’s intellectual climate was given in an essay published exactly 60 years ago by an eminent British political philosopher. Michael Oakeshott’s “The Masses in Representative Democracy” is uncannily pertinent to the United States’ distemper in 2021 because it explains how today’s supposedly avant-garde ideas are pre-modern.

Modernity’s greatest achievement, which was the prerequisite for its subsequent achievements, was the invention of the individual. Oakeshott argued that, in the 14th and 15th centuries, conditions emerged that were “favorable to a very high degree of human individuality,” meaning “persons accustomed to making choices for themselves.”

Hitherto, this process was “narrowly circumscribed.” Persons knew themselves only as members of a family, a group, a church, a village or as the occupant of a tenancy: “What differentiated one man from another was insignificant when compared with what was enjoyed in common as members of a group of some sort.”

This began to change in Italy with “the break-up of medieval communal life.” As the historian Jacob Burckhardt would write, “Italy began to swarm with individuality; the ban laid upon human personality was dissolved.” Individuals detached themselves from derivative group identities, becoming eligible for individual rights grounded in the foundational right to an existence independent of any group membership.

The invention of the individual, Oakeshott wrote, entailed the idea of the private — a zone of personal sovereignty independent of communal arrangements. Hence the American Revolution: Government exists to protect the individual’s right to the pursuit of happiness as the individual defines it, not the pursuit of the good life as government defines it. Government must be powerful enough to protect (in Oakeshott’s formulation) “the order without which the aspirations of individuality could not be realized” — security of person and property — but not powerful enough to threaten individuality.