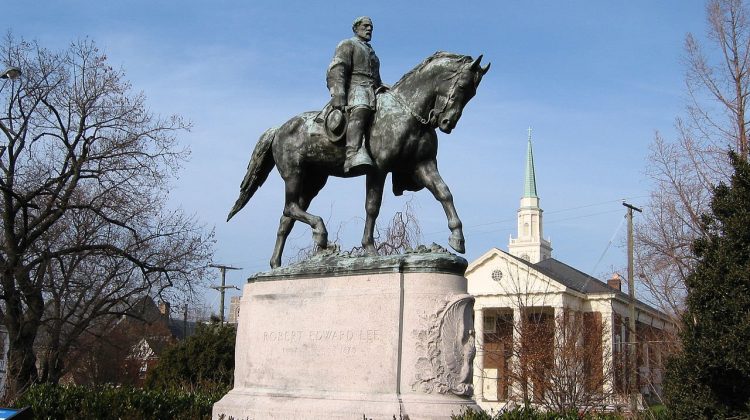 The Jefferson School African American Heritage Center will melt it down and turn it into a new piece of public art.

Here is Eduardo Medina at The New York Times:

The City Council of Charlottesville, Va., voted on Tuesday to donate a statue of Robert E. Lee to an African American heritage center that plans to melt the bronze monument, the focus of a deadly white nationalist rally in 2017, into material for a new piece of public art.

The 4-0 vote by the council followed years of debate over the fate of the statue. Four years ago, a plan to remove the statue drew scores of white nationalists to Charlottesville for a “Unite the Right” rally that led to violence, including the killing of a counterprotester by an Ohio man who plowed a car into a crowd.

The statue’s fate was left to a prolonged fight in court that concluded in April, when Virginia’s Supreme Court ruled that the city could take down two statues of Confederate generals, including the Lee monument. Over the summer, workers hoisted it off its granite base.

After taking it down, the city accepted proposals from bidders who wanted the Lee statue and a nearby statue of Stonewall Jackson, another Confederate general, that was also removed.

The Statuary Park at Gettysburg, in Pennsylvania, asked for both, saying in its proposal that it wanted to rescue unwanted statues associated with the Civil War. LAXART, a Los Angeles-based visual arts organization, wanted both statues for a planned exhibition. Frederick Gierisch said in an interview on Tuesday that he offered to pay the city of Charlottesville $10,000 for each statue so he could display them in his ranch in Utopia, Texas.

Read the rest here. I hope that the new artwork will have a marker or plaque explaining its history.