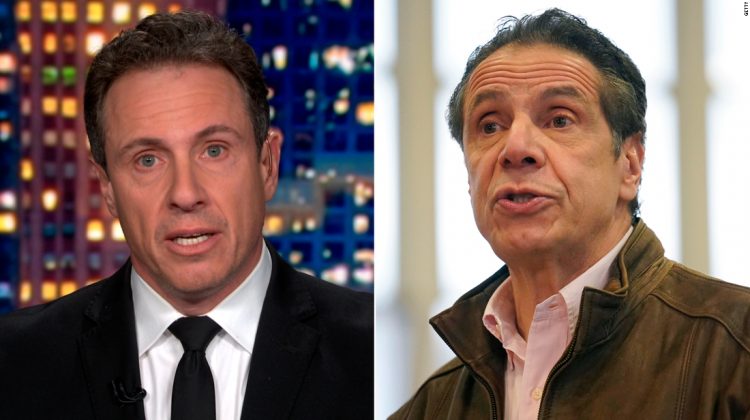 CNN said Saturday that anchor Chris Cuomo has been “terminated” by the network, “effective immediately.”The announcement came after an outside law firm was retained to review information about exactly how Cuomo aided his brother, former New York Gov. Andrew Cuomo, when the then-governor was accused of sexual harassment.CNN said in a statement: “Chris Cuomo was suspended earlier this week pending further evaluation of new information that came to light about his involvement with his brother’s defense. We retained a respected law firm to conduct the review, and have terminated him, effective immediately.”

“While in the process of that review, additional information has come to light,” CNN’s statement added. “Despite the termination, we will investigate as appropriate.”

In a statement of his own Saturday, Chris Cuomo said, “This is not how I want my time at CNN to end but I have already told you why and how I helped my brother. So let me now say as disappointing as this is, I could not be more proud of the team at Cuomo Prime Time and the work we did as CNN’s #1 show in the most competitive time slot. I owe them all and will miss that group of special people who did really important work.”

While the contours of Chris Cuomo’s involvement with the governor’s office were reported several months ago, the specifics were detailed in a massive document dump on Monday. The documents — released by New York Attorney General Letitia James after an investigation into the governor — showed that Chris Cuomo, while working as one of CNN’s top anchors, was also effectively working as an unpaid aide to the governor.

The cozy and improper nature of the relationship was conveyed through text messages obtained by James’ office. The texts between the anchor and several aides and allies of the governor revealed that Chris Cuomo sought to use his connections in the press to help prepare Andrew Cuomo’s team as accusers started to make their stories public.On the day his brother resigned, back in August, Chris Cuomo told viewers that “this situation is unlike anything I could have imagined.”

He pointed out that he never reported on the sexual harassment scandal or tried to interfere in CNN’s coverage. And he acknowledged that he “tried to be there for my brother” when the scandal erupted.”I’m not an adviser. I’m a brother. I wasn’t in control of anything. I was there to listen and offer my take,” he said.

CNN management showed support for Cuomo, and “Cuomo Prime Time,” often the network’s highest-rated show, stayed on the air throughout the controversy.