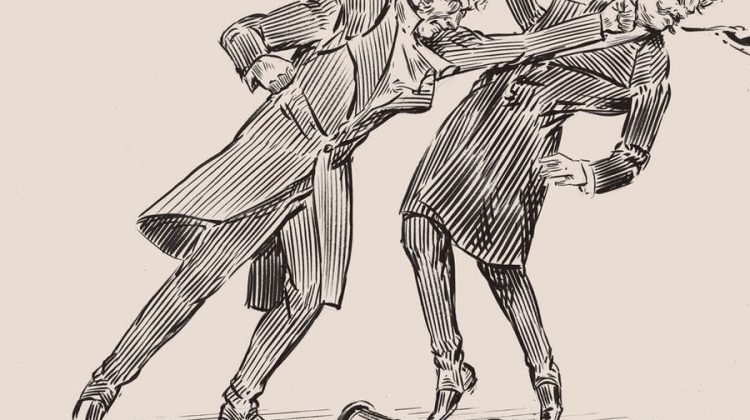 Joan E. Greve of The Guardian interviews Yale historian Joanne Freeman about violence in Congress. If any of my U.S. history survey students are reading this post, this is what we talked about in class yesterday.

The 1856 caning of Charles Sumner by Preston Brooks is probably the most infamous example of violence between members of Congress, but it is far from the only one. In her book, The Field of Blood: Violence in Congress and the Road to Civil War, the Yale history professor Joanne Freeman details the many threats and attacks between lawmakers during the antebellum era.

The Guardian spoke to Dr Freeman about the history of congressional violence and what it can tell us about the current state of US politics and the significance of Gosar’s censure. This interview has been edited for length and clarity.

Besides the caning of Sumner, what were some of the other examples of congressional violence in the pre-civil war era?

And there was a lot of deployment of threats and intimidation. Most of these were offered by southerners and usually were deployed against people who had anything to say against slavery. Obviously the goal of that was to silence people or intimidate people so they wouldn’t even stand up to say anything that was not going to be to the liking of southerners.

What effect did those threats have on public debate over slavery in Congress?

There’s a diary entry from a very prominent, very aggressive anti-slavery advocate, named Joshua Giddings from Ohio. And when he first gets to Congress, he reports something like, “Our northern friends are afraid.” They’re afraid to stand up against the southerners. So there’s clearly evidence that people were afraid to stand up.