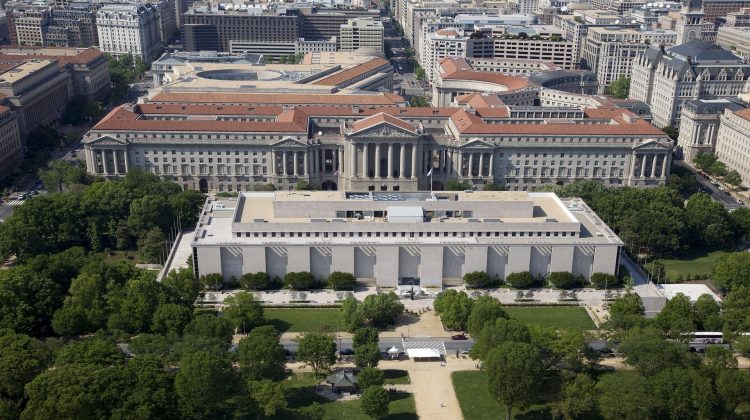 Some of the strongest critics of climate change policy are also some of the people most concerned about how our kids learn American history.

Here is Chrisopher Flavelle at The New York Times:

Nearly two million irreplaceable artifacts that tell the American story are housed in the National Museum of American History, part of the Smithsonian Institution, the biggest museum complex in the world.

Now, because of climate change, the Smithsonian stands out for another reason: Its cherished buildings are extremely vulnerable to flooding, and some could eventually be underwater.

Eleven palatial Smithsonian museums and galleries form a ring around the National Mall, the grand two-mile park lined with elms that stretches from the Lincoln Memorial to the U.S. Capitol.

But that land was once marsh. And as the planet warms, the buildings face two threats. Rising seas will eventually push in water from the tidal Potomac River and submerge parts of the Mall, scientists say. More immediately, increasingly heavy rainstorms threaten the museums and their priceless holdings, particularly since many are stored in basements.

At the American History Museum, water is already intruding.

It gurgles up through the floor in the basement. It finds the gaps between ground-level windows, puddling around exhibits. It sneaks into the ductwork, then meanders the building and drips onto display cases. It creeps through the ceiling in locked collection rooms, thief-like, and pools on the floor.

Staff have been experimenting with defenses: Candy-red flood barriers lined up outside windows. Sensors that resemble electronic mouse traps, deployed throughout the building, that trigger alarms when wet. Plastic bins on wheels, filled with a version of cat litter, to be rushed back and forth to soak up the water.

So far, the museum’s holdings have escaped damage. But “We’re kind of in trial and error,” said Ryan Doyle, a facilities manager at the Smithsonian. “It’s about managing water.”

Read the rest here. This takes “drain the swamp” to a whole new level.