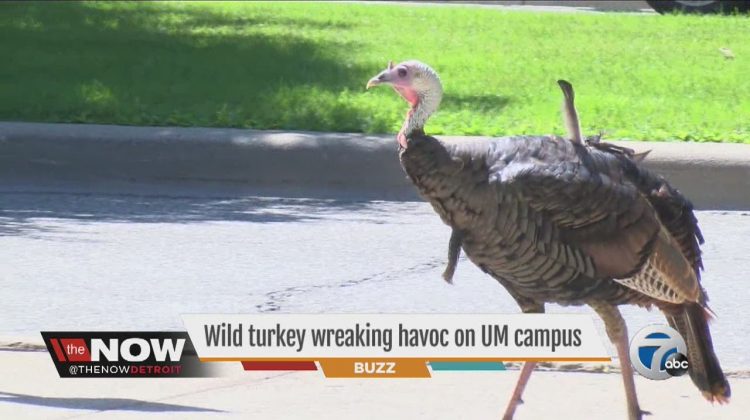 Not a joke. Here is The New York Times:

They are lounging next to bike racks and outside dorms. They are strutting across Harvard Yard. And, yes, they are occasionally fanning their feathers and charging at innocent students.

Once rare in most of the United States, turkeys became one of the great conservation success stories of the last half-century. But as efforts to expand the bird’s range flourished across the countryside, the turkeys also trotted into cities, laying down roosts in alleys, parks, backyards and, increasingly, at institutions of higher learning.

“College campuses are just ideal habitat,” said David Drake, a professor and extension wildlife specialist at the University of Wisconsin, where a sizable flock likes to hang out near apartments for graduate students. “You’ve got that intermixing of forested patches with open grassy areas and things like that. Nobody’s hunting.”

Read the rest here. I have yet to see a turkey on the campus of Messiah University.