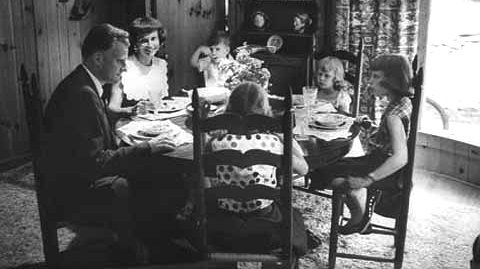 Celebrating the wonders of creation on Thanksgiving.

Apparently it is time to “thank the Pilgrims” for “defeating socialism.” How dare the Pilgrims provide for their neighbors! (After watching this anachronistic video, read Larry Glickman’s piece at Slate):

Thanksgiving is a time to show radical love.

Jack Hibbs defends William Bradford and makes sure his congregation has the “right” edition of Of Plimoth Plantation. He hawks a 1909 version translated into “modern English.” Then he talks about revisionism despite the fact that he has no idea what revisionism is. In fact, the very copy of Of Plimoth Plantation he holds up to the camera has been revised by the translator. Based on his own definition of revisionism, I am afraid Hibbs is going to have to burn that copy. Watch:

An Ohio megachurch is distributing Thanksgiving meals to 100,000 people.

Shane shares a prayer of gratitude:

A Bible church is serving Thanksgiving meals to families living in motels.

This 2013 piece is still relevant: “Stop Idolizing the Pilgrims“

An older piece, but still useful: “Stop Idolizing the Pilgrims“

World Opinions is running three Thanksgiving pieces: 1). A piece commemorating the 400th anniversary of “Thanksgiving; 2). A piece on generosity; 3). A piece comparing the Mayflower Compact to the 1619 Project.

More Christian Right Pilgrim stuff: Did the Pilgrims believe that religious freedom was worth dying for? Did they “found our nation?” Did God kill all the Indians with a plague so that the Pilgrim’s settlement of Plymouth would be easier? Was the Mayflower Compact the the forerunner of the Declaration of Independence and the U.S. Constitution? Did the Pilgrims get along well with the native population and show them “a good Christian witness?” Christian Right author Jerry Newcombe thinks the answer to all these questions is “yes.” But he overlooks several things: 1). The Pilgrims were intolerant to anyone who did not believe in their brand of English Calvinism. So I guess they were willing to die for their own religious freedom, but not those of others. 2). The Pilgrims had nothing to do with the founding of a nation, nor did they imagine they were doing such a thing. 3). We cannot draw a straight line between 1620 and 1776. Too much happened in-between. But if you do believe that a straight line can be drawn, what do you do with the colonies of the Lower South (Georgia and the Carolinas), the Chesapeake colonies (Virginia and Maryland), the Middle Colonies (Pennsylvania, New York, New Jersey), and the rest of New England (including Rhode Island–a place where religious freedom did exist). 4). The authors of the Declaration of Independence and the framers of the U.S. Constitution did not draw upon the Mayflower Compact to write these documents, nor would the authors of the Mayflower Compact recognize much of the Enlightenment-based framework of the Declaration of Independence or Constitution. 5). Did God kill off the Indians so that the Pilgrims could settle peacefully? I have no idea. Neither does Newcombe. But the Pilgrims themselves certainly thought this was the case. Newcombe should be careful before he starts speculating about God killing-off massive numbers of people to advance his purposes in the world. Would he say the same thing about Jews in the Holocaust? Newcombe is engaged in providential history at its worst. 6). Did the Pilgrims have a good “Christian witness” with the Pilgrims? I would encourage Newcombe to read David Silverman’s book This Land is Their Land: The Wampanoag Indians, Plymouth Colony, and the Troubled History of Thanksgiving. Here is a small taste of that book:

The English liked to think of themselves as civilized and of the Indians as savages, but the sordid behavior of the Mayflower passengers during this probe gave the Wampanoags reason to think that they were the ones suffering a barbarian invasion. Just beyond the planting fields, the English found ‘a great burying place,’ one part whereof was encompassed with a large palisade, like a churchyard.’ They left the presumably elite burials within the enclosure undisturbed, but desecrated several of the nondescript ones outside it despite the obvious risk of antagonizing the people whom this cemetery belongs. Their misconduct included ransacking the graves for funerary offerings that the Wampanoags meant for the deceased to use on the journey to the afterlife….What kind of people showed such disrespect for burials, that most sacrosanct of human rites?

Watch Newcombe at the Christian Broadcasting Network. He has been promoting this Christian nationalist view of the past for a long time. Back in 2012 he invited me on his radio show to talk about my book Was America Founded as a Christian Nation? I was originally supposed to appear with David Barton. I wrote about that visit here.

An evangelical ministry in Alabama is feeding the hungry:

Will you have an anti-vaxxer at Thanksgiving Dinner?

A Church of the Nazarene hosts a “Picky Eaters Thanksgiving” for disabled children.

Mike “MyPillow Guy” Lindell has Thanksgiving (and Black Friday) plans. Jenna Ellis is there for it:

For Albert Mohler, gratitude has no meaning without God, it is a form of apologetics, and it is a way to honor God.

Beth Moore thanks God for coffee:

David Brody is getting ready to own the libs at dinner today:

The Salvation Army at work.