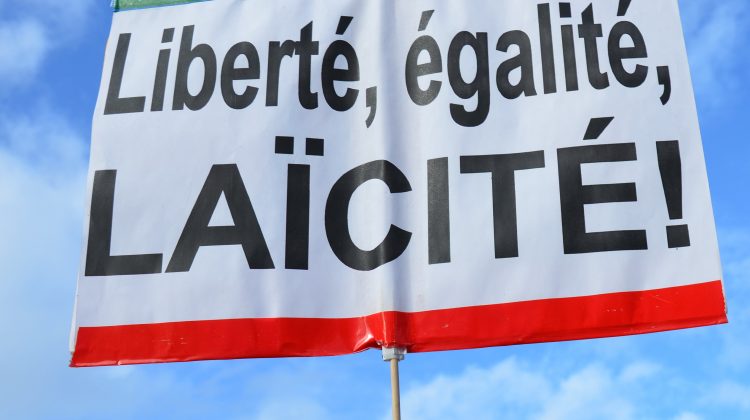 The French government wants a secular state. In other words, they want to keep religion out of public life. What does that mean and how is the French view of the separation of church and state different from the United States?

Here is Rachel Donadio at The Atlantic:

The histories of few countries are as deeply intertwined as those of France and the United States. Both nations are products of the Enlightenment, and each sees itself as a beacon among nations. Both embody a clear separation of Church and state. In the United States, the separation is defined by the establishment clause of the First Amendment, which prohibits the government from making any law “respecting an establishment of religion” or obstructing the free exercise of religion. The First Amendment was inspired by the earlier Virginia Statute of Religious Freedom, adopted in 1786, the work of Thomas Jefferson. Jefferson was ambassador to France when the French Revolution began, and the Marquis de Lafayette consulted him when drafting the revolutionary Declaration of the Rights of Man and Citizen, passed in 1789. Article 10 of that document states, “No one may be disquieted for his opinions, even religious ones, provided that their manifestation does not trouble the public order.”

Today, in France, separation of Church and state is largely defined by a 1905 law that emerged from a hard-fought battle to end the lingering temporal power of the Catholic Church. The law declares that “the republic guarantees freedom of conscience” as well as religious freedom, and stipulates that the state will not discriminate among religions. The 1905 law set the initial terms of laïcité; the word itself was introduced in France’s 1958 constitution.

As an American who lives and works in Paris, I have become an insider-outsider in both places. Every time I return to America from France, I am startled to hear television hosts sign off with a “God bless” and to hear presidents quote the Bible or ask God to protect the United States and its troops. In the U.S., it is unusual—probably even impossible—for a candidate to run for president without invoking God. In France, bringing private beliefs into the public sphere would be seen as a violation of laïcité, and extremely gauche. In the United States, Representative Ilhan Omar can proudly wear her headscarf in the halls of Congress. In France, members of the French National Assembly or Senate are prohibited from wearing religious attire in state buildings, though not from wearing it in public spaces. Macron’s own party recently reprimanded a Muslim candidate for wearing a headscarf in campaign posters—while acknowledging that it was legal for her to do so—and withdrew its support for her candidacy in a local election. Each country is shaped by the wounds of its past. America fought a civil war over slavery. France’s civil wars were over religion.