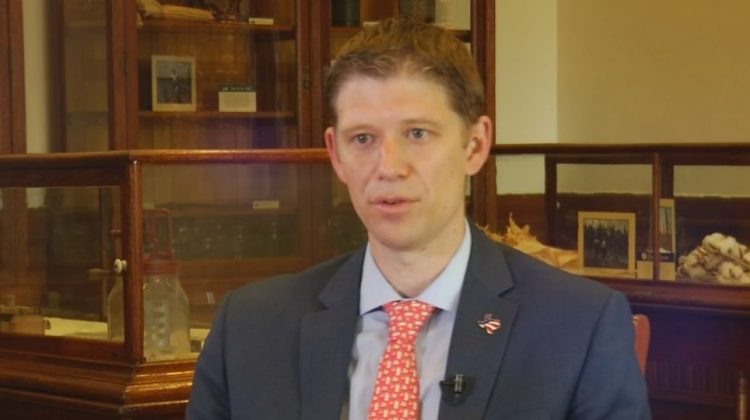 His name is Matt Krause. He is a Texas State Representative and a speaker for Wallbuilders, an organization founded by David Barton that uses the American past to promote right-win political agendas.

Here is Talia Richman and Allie Morris at The Dallas Morning News:

After demanding that Texas schools report whether they have some 800 books about racism, gender and sexuality on their shelves, Fort Worth state Rep. Matt Krause is refusing to give details about how he generated the list and what could happen to districts that carry the titles.

The Republican lawmaker also won’t share whether outside political, religious or parent groups influenced the investigation he launched two weeks ago.

Though Krause is staying silent, his professional affiliations provide insight into his worldview and a belief system that could help explain why he brought these specific books to the forefront. He’s long been affiliated with political groups, activists and educational institutions that preach against the subjects now in his House committee’s crosshairs.

The 41-year-old teaches at the Christian college he once attended, where sexual relations outside of marriage, romantic displays of affection with a member of the same sex and asking others to use different pronouns are prohibited.

Krause is also a speaker for WallBuilders, a conservative group founded by GOP activist David Barton that pushes a Christian-centered version of America’s founding that historians reject. The group puts on an annual “Teacher Conference” in Texas catered toward conservative educators that shows them how to defend against “modern attacks on America and American History.”