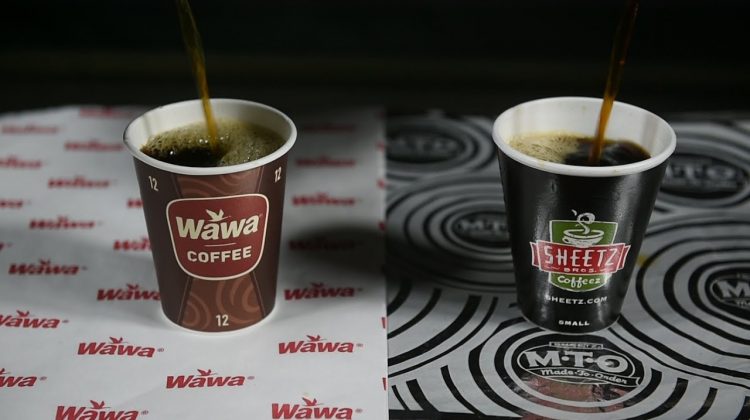 Unless you live in Pennsylvania and the surrounding area you probably have no idea what the title of this post means. Get up to speed here:

It looks like Wawa is starting to make some inroads into Sheetz country. Here is PennLive:

Wawa is inching closer to Harrisburg with its coffee, hoagies and fuel pumps.

One of the convenience store chains is proposed at a retail and residential development in Mount Joy Township, just east of Elizabethtown in Lancaster County, according to materials posted by developer Pennmark Management Company, Inc.

The Plymouth Meeting company says it has signed a lease with Wawa for a 5,000-square-foot site at the northeast corner of Cloverleaf Road and Route 230 as part of the development.

According to Lancaster Online, Justin Evans, Mount Joy Township’s manager and zoning officer, said a zoning change required for the project has not yet been submitted. However, he said Pennmark has outlined its plans for township officials and has begun preparing a traffic impact study.

The development will include 300,000 square feet of retail space and 360 apartments.

The shopping center will position Wawa closer to Harrisburg. The nearest ones operate in Lancaster and Berks counties.

In Pennsylvania, one of the most heated debate centers around Sheetz vs. Wawa. Some believe the two powerhouses signed a gentleman’s agreement to not encroach on each other’s territory but that has largely been unfounded.

The Altoona-based Sheetz and suburban Philadelphia’s Wawa have been building stores along the Lancaster and Berks county lines. But Sheetz remains dominant in the Harrisburg region.