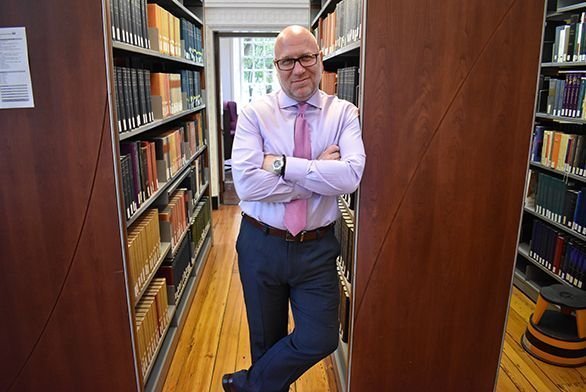 I first met Peter Kanelos (albeit very briefly) when he served as Dean of Christ College at Valparaiso University. In 2017, Kanelos left Valpo to become president of St. John’s College, a Great Books college in Annapolis, Maryland. Earlier this year, Kanelos announced he was leaving St. John’s to build a new university in Austin, Texas. He writes about his plans at the Substack page of Bari Weiss. Here is a taste of his piece, “We Can’t Wait for Universities to Fix Themselves. So We’re Starting a New One“:

It’s not just that we are failing students as individuals; we are failing the nation. Our democracy is faltering, in significant part, because our educational system has become illiberal and is producing citizens and leaders who are incapable and unwilling to participate in the core activity of democratic governance.

Universities are the places where society does its thinking, where the habits and mores of our citizens are shaped. If these institutions are not open and pluralistic, if they chill speech and ostracize those with unpopular viewpoints, if they lead scholars to avoid entire topics out of fear, if they prioritize emotional comfort over the often-uncomfortable pursuit of truth, who will be left to model the discourse necessary to sustain liberty in a self-governing society?

At some future point, historians will study how we arrived at this tragic pass. And perhaps by then we will have reformed our colleges and universities, restoring them as bastions of open inquiry and civil discourse.

I mean that quite literally.

As I write this, I am sitting in my new office (boxes still waiting to be unpacked) in balmy Austin, Texas, where I moved three months ago from my previous post as president of St. John’s College in Annapolis.

I am not alone.

Our project began with a small gathering of those concerned about the state of higher education—Niall Ferguson, Bari Weiss, Heather Heying, Joe Lonsdale, Arthur Brooks, and I—and we have since been joined by many others, including the brave professors mentioned above, Kathleen Stock, Dorian Abbot and Peter Boghossian.

We are a dedicated crew that grows by the day. Our backgrounds and experiences are diverse; our political views differ. What unites us is a common dismay at the state of modern academia and a recognition that we can no longer wait for the cavalry. And so we must be the cavalry.

It will surely seem retro—perhaps even countercultural—in an era of massive open online courses and distance learning to build an actual school in an actual building with as few screens as possible. But sometimes there is wisdom in things that have endured.

The school will be called The University of Austin. According to its website, it will be committed to:

It will be interesting to see how this new university will be any different from schools like Hillsdale College and Grove City College, both schools that would uphold all three of these commitments and do not take federal money.